US Open Tennis: No masks, vax proof for fans 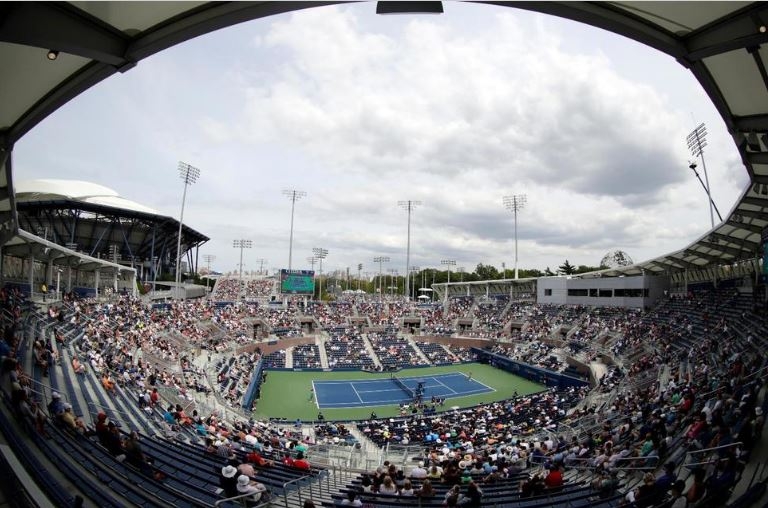 New York: Spectators will not be required to wear masks or show proof of their vaccination status to attend matches at the U.S. Open when the tennis tournament returns at full capacity next week, one year after all fans were banned from the event because of the coronavirus pandemic.

"The goal is not to prevent all cases of COVID. The goal, really, is to be certain that we don't have an outbreak of COVID that's going to be unusual or that we would regret," Dr. Brian Hainline, a U.S. Tennis Association first vice president and member of its medical advisory group, said on a conference call with reporters on Wednesday.

Fuelled by the highly contagious delta variant of the virus, new reported cases of COVID-19 in the US have topped 150,000 a day, the highest level since late January.

Hainline and other USTA officials said Wednesday that the tournament's protocols are based on what has been laid out by the Centers for Disease Control and Prevention and the New York City Department of Public Health.

"This is not a USTA decision or a U.S. Open decision. This is a decision made with New York City," said Hainline, who is also the NCAA's chief medical officer.

While players and their team members are allowed to go out in the city during the tournament, a graphic distributed by the USTA reads in bold lettering: "It is highly recommended that everyone exercise caution, especially given the delta variant. Try to avoid large, crowded indoor settings. Socialize only among your team when indoors. Keep masks on indoors even with other fully vaccinated persons who are not in your support team."

Players don't need to be vaccinated to compete; they will be tested for COVID-19 when they arrive in New York and then every four days. A positive result will force the player to isolate for 10 days and withdraw from the tournament.

Spectators won't need to fill out health questionnaires and will not have their temperatures taken to access the Billie Jean King National Tennis Center. To eat indoors there, anyone 12 and older will need to show proof they've had at least one dose of a vaccine. All courts are considered outdoor venues - including, thanks to their air-filtration systems, Arthur Ashe Stadium and Louis Armstrong Stadium, even if their retractable roofs are closed because of rain.

That was also the case this year for the two arenas with roofs that can be closed at Wimbledon. But for much of that tournament, held in June and July, capacity was reduced to 50%, fans had to show proof of a recent negative COVID-19 test and they were told to wear masks while wandering the grounds of the All England Club.