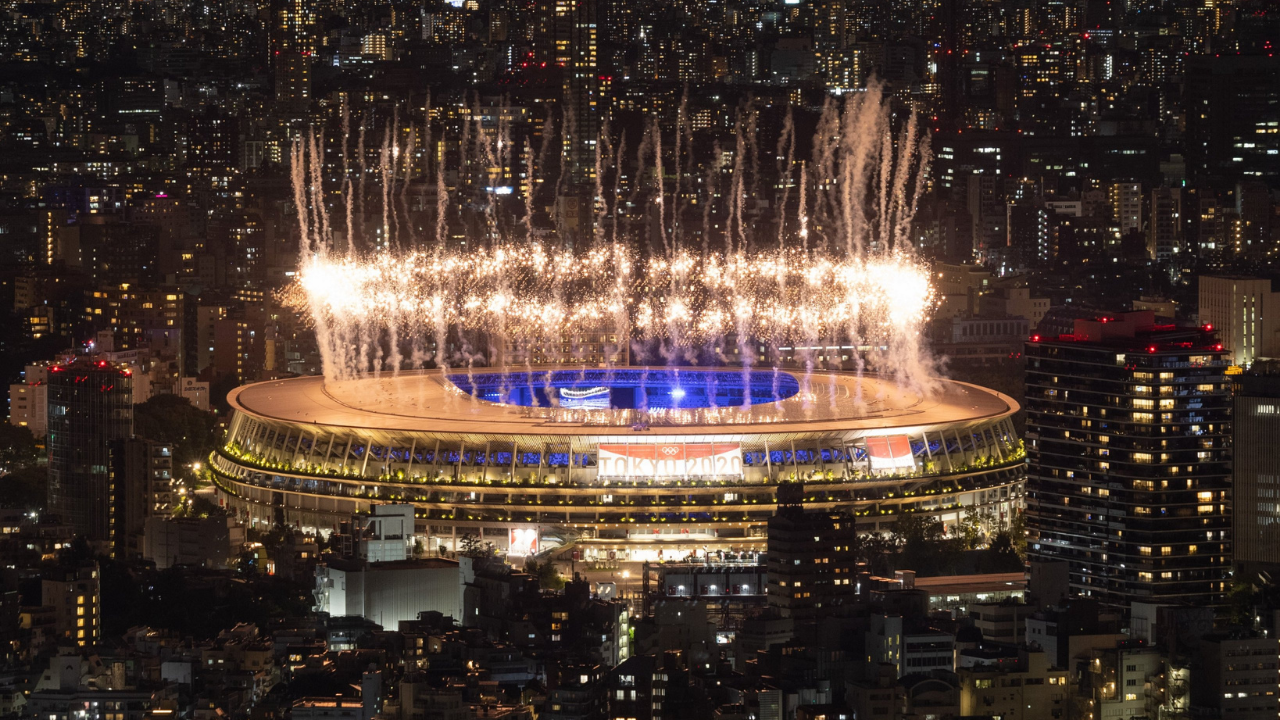 Fireworks go off around the Olympic Stadium during the closing ceremony of the Tokyo 2020 Olympic Games, as seen from outside the venue in Tokyo, Japan on August 8, 2021. | Photo: Twitter/@Tokyo2020hi

United States may emerge as a potential host for the Men's T20 World Cup 2024 as a stepping stone to help cricket be included in the 2028 Los Angeles Olympics.

As per a report in Sydney Morning Herald, the International Cricket Council (ICC) is expected to award a joint bid by USA Cricket and Cricket West Indies (CWI) to host the Men's T20 World Cup 2024.

If this indeed happens, then it would be the first global tournament that will not be hosted by either India, England or Australia since the 2014 T20 World Cup in Bangladesh. The decision to give US a right to host 2024 edition will also help the game's efforts to be included in the Olympic Games, starting with Los Angeles in 2028 and following up with Brisbane in 2032.

India's Olympic Association (IOA) has also indicated it will try to put forward a bid to host the 2036 Games. So, if cricket is included in 2028 LA Olympics, then the longevity of the sport in the mega event will be ensured.