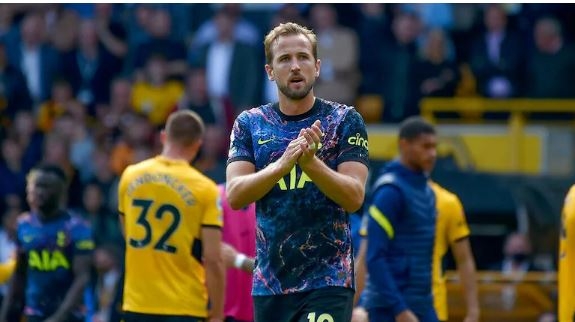 London: Harry Kane publicly accepted on Wednesday that he won't be leaving Tottenham in the summer transfer window.

The striker had been hoping to secure a transfer away from the London club in the search of a first career trophy but a move to Premier League champion Manchester City was unable to be clinched.

The power was with the Tottenham leadership as the England captain remains under contract until 2024 and a valuation of more than $200 million for him had been reported.

"I will be staying at Tottenham this summer and will be 100% focused on helping the team achieve success," Kane posted on Twitter on Wednesday.

The need to reiterate he is staying, for now at least, reinforced how he sought a move which was first floated in an interview with former England player Gary Neville in May.

Kane, who was the top scorer in the Premier League last season as Tottenham finished seventh, made his first appearance of this campaign as a substitute on Sunday in the 1-0 win over Wolverhampton.

"It was incredible to see the reception from the Spurs fans on Sunday and to read some of the messages of support I've had in the last few weeks," Kane wrote.

Tottenham hasn't won a trophy since the 2008 League Cup and last won the title in 1961.