Neeraj Chopra on Wednesday met fellow Olympic champion Abhinav Bindra and was also with a puppy named 'Tokyo' by the five-time Olympian.

Took my Olympic medal to meet its elder sibling from Beijing today 🙂
Thank you @Abhinav_Bindra sir for your family's warm hospitality and for 'Tokyo' who I will cherish forever!
🇮🇳🥇🥇🐶 pic.twitter.com/XYqsKcW1IN

"Took my Olympic medal to meet its elder sibling from Beijing today Thank you @Abhinav Bindra sir for your family's warm hospitality and for 'Tokyo' who I will cherish forever!" Neeraj Chopra tweeted.

Abhinav Bindra was quick to reply to Neeraj's post as he wrote that both the Olympic champions agree that process is the goal and gold.

Bindra also hoped that the new puppy will motivate Neeraj to get him a sibling named 'Paris' in the 2024 Olympics. As he earlier wrote: "Was a pleasure to meet and interact with India's golden man @Neeraj_chopra1! I hope that "Tokyo" will be a supportive friend and motivate you to get a sibling named Paris for him in 2024 !" Neeraj's success on the final day of the 2020 Tokyo Olympics has turned the track and field star into a household name across the country. Securing the first-ever Olympic Gold medal for India in a track and field event, the javelin thrower's sensational on-field performance has translated seamlessly into a digital phenomenon.

Last week, banking on this booming popularity, Neeraj Chopra showcased his new avatar on-screen through his acting skills. Featuring in an advertisement, the 23-year-old javelin thrower can be seen depicting how people are now behaving in front of him after his success in Tokyo 2020 Olympics. 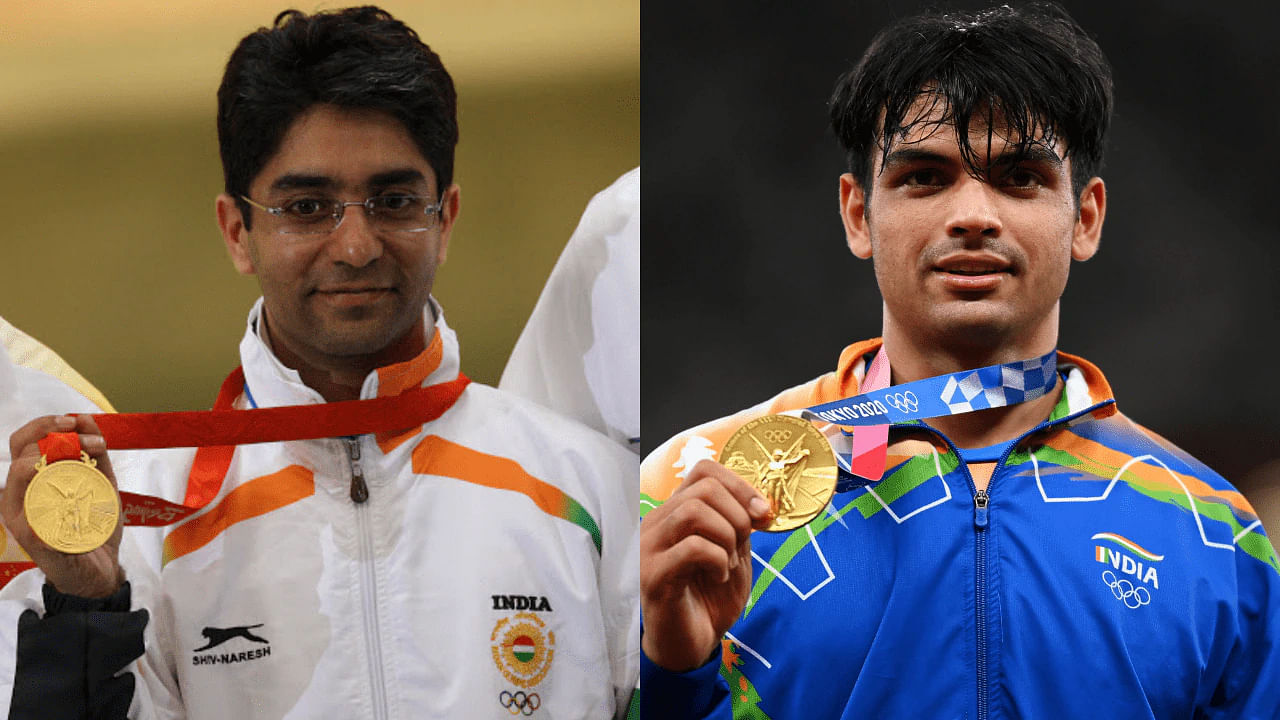