'This one's for my wife': Weightlifter Gururaja Poojary after clinching bronze at CommonWealth Games 2022

After clinching a bronze medal in weightlifting, weightlifter Gururaj Poojary dedicated his medal to his wife.

Indian weightlifter Gururaja Poojary won a bronze medal with a combined lift of 269kg in the Men's 61 kg final at the ongoing Commonwealth Games 2022 in Birmingham on Saturday.

I dedicate my medal to my wife and thank all my supporters. I am elated that Sanket won a silver and I clinched the second medal for India by winning a bronze. I could have done better though 269 kg is good. I had fallen ill recently but I recovered & gave my best," said Poojary to ANI.

The weightlifter said that he felt proud seeing the tricolour flying high while standing at the podium.

"I cannot describe it in words. It was my dream," he added.

Gururaja Poojary took home the bronze medal as he added to India's tally on day 2 of the CWG with a total of 269 Kg.

Malaysia's Aznil Bin Bidin Muhamad lifted a combined 285kg in both rounds to win the gold medal and create a new Commonwealth Games record in the category.

Gururaja Poojary ranked fourth after the snatch round. He lifted 115kg in his first attempt and 118kg in his second attempt, but could not lift 120kg in his last attempt. He ended with the best lift of 118 kg.

Gururaja Poojary demonstrated some fantastic lifting skills under pressure to ensure that India will earn a medal in the 61 Kg weightlifting event.

Gururaja won the silver medal in the Commonwealth Games 2018.

With this, India's medal count at CWG 2022 has increased to two, with Sanket Sargar having won a silver in weightlifting as well in the men's 55 kg category. 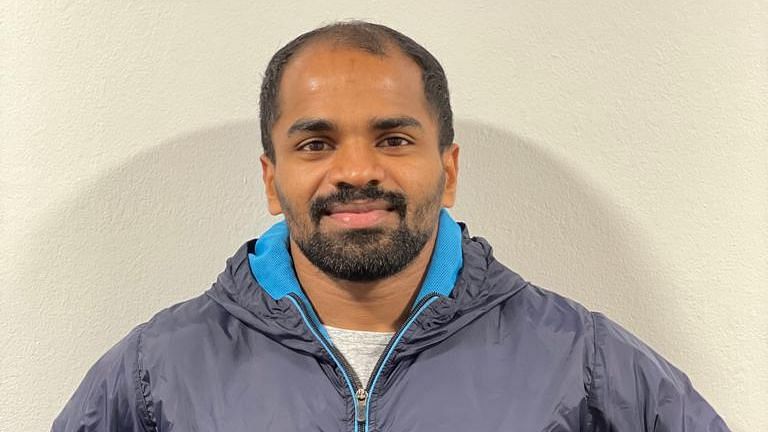