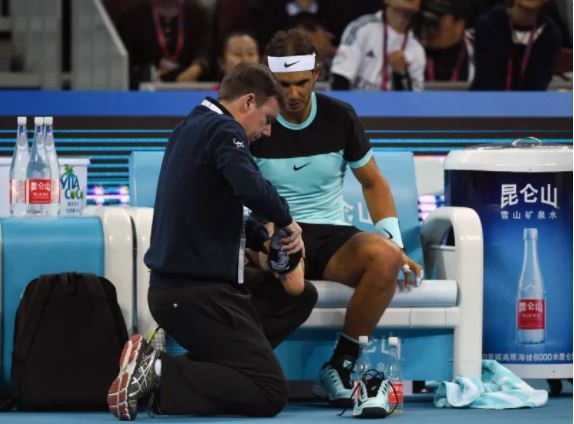 Rafael Nadal will miss the remainder of 2021 season due to foot injury. | AFP

Rafael Nadal announced on Friday that he is ending his season because of a foot injury that has troubled him since his defeat in the semi-finals at the French Open. "Hello everyone, I wanted to inform you that unfortunately I have to end the 2021 season," the Spaniard wrote on Twitter. "Honestly, I've been suffering a lot more than I should with my foot for a year and I need to take some time."

The injury that has been troubling Nadal, the 20-time Grand Slam winner, and forced him to withdraw from the Cincinnati Masters and Canadian Open last week. With the announcement, Nadal has become a third big draw to pull out from the US Open after Roger Federer and defending champions Dominic Thiem.

Last Saturday, Federer had announced that he will undergo a knee surgery and miss the tournament, while Thiem will be giving it a miss due to a wrist injury and will miss the rest of the year. He was hurt in June while playing in the Mallorca Open.