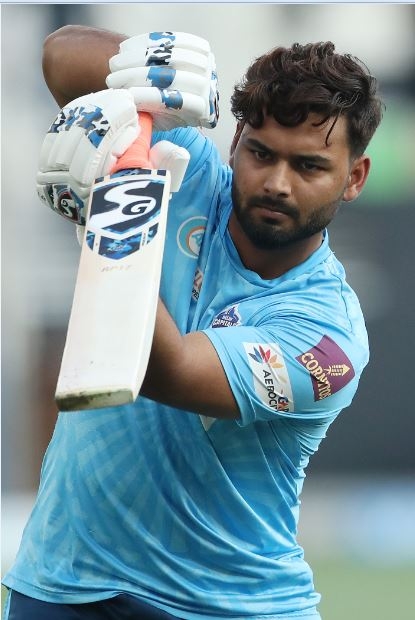 Mumbai:Every Indian captain in this IPL was looked at from another lens – that of future India captain. After Virat Kohli announced his decision to step down from the captaincy of Team India at the end of the T20 World Cup, speculations have been rife about Rohit Sharma taking over. However, with age not on Sharma’s side, the second half of the IPL had contenders in Punjab Kings captain KL Rahul and Delhi Capitals skipper Rishabh Pant.

Pant has come a long way from being booed and being compared to MS Dhoni to now being one of the first names in India’s XI across formats. With age on his side, Pant could be one of the candidates for the role with the national side and one of the many dress rehearsals could be Qualifier 2.

With 413 runs under his belt in this season, Pant has contributed consistently for DC with the bat and is currently ninth in the list of top run-getters this season. With the T20 World Cup soon approaching, India would want the attacking southpaw to fire. If DC has to advance to the final, the explosive Pant the world is familiar with has to surface, staring with tonight’s encounter against the Kolakta Knight Riders in the Eliminator. It’s not that Pant is exhibiting helpless restraint in his shot-making while leading DC, but he looks a bit understated with the bat to marshal Delhi’s fragile batting.

How he enacts the three roles - batsman, DC captain and future India skipper – will shape his future. But let’s discuss Pant, the DC skipper.

Of the images of Qualifier 1, a forlorn Pant staring blankly after MS Dhoni’s blitz helped Chennai Super Kings qualify directly to the IPL final. The Pant-led side had after all beaten CSK on the previous four occasions – twice in 2020 and twice in the league stages this season. But on Sunday, Pant found himself on the wrong side on multiple occasions, which meant that the Capitals will have to take a longer route to make the finals.

DC had gotten to 50 inside the powerplay, thanks to Prithvi Shaw’s exploits, but had lost two wickets. Axar Patel walked in at no.4 to perhaps lengthen the batting order that seemed a bit thin on power with Marcus Stoinis’ (injured) absence. Patel made 10 off 11 balls before falling in the tenth over. Shaw soon followed suit, after which Pant and Shimron Hetmyer strung together an attacking 83-run fifth-wicket partnership.

How much say could Pant have had on the move to send Patel in is anybody’s guess. Both Pant and Hetmyer have been among the runs and perhaps could have done without a Patel at No. 4. Moreover, in the final over, Pant also refused to take the singles on offer with Tom Curran at the other end, something which Ricky Ponting took note of.

“After the first run that he didn't take, I think the bowling coach, James Hopes, turned to me and said 'I think we should be taking every run we can get now.' I said let's just wait till the end of the over and make our judgement then,” the Capitals head coach had said after the clash.

“I think Rishabh is going to back himself more often than not. Tom Curran had faced only one or two balls since he had been at the crease and he was probably going to find it harder to find the boundaries. So look, Rishabh is the captain and he's trying to make those decisions on the run and that was a decision he made tonight.”

Another tricky call that Pant had to take in the match was to choose between Curran and Kagiso Rabada to bowl the final over with the Super Kings needing 13 to win. In IPL 2021, Rabada has bled runs at an economy close to 11 in the death overs and has picked just four wickets. This has been in stark contrast with 2020, when 17 of his 30 wickets (he finished as the leading) came at the death.

Curran, on the other hand, had figures of 3-0-16-2 before the final set and was partly responsible for keeping Capitals in the hunt. He had dismissed Robin Uthappa, who was in superb touch, and then Shardul Thakur of the very next ball. Between Rabada and Curran, Dhoni perhaps might have preferred facing the latter and ended up getting just that. Without the help of hindsight at that point, was Pant incorrect in going ahead with Curran? Choose your side.

While Shreyas Iyer was the captain when the Capitals made the title-clash last season, Pant would want to take the team one step further this time. And for that, the dangerous KKR will have to be tackled with tonight. Will Pant manage to help DC to their second successive IPL final?

He is yet to hit a fifty against KKR, something he’ll be eager to change

In case you didn’t know

- The last time a spinner topped the wicket-taking charts for DC was in 2015 - Amit Mishra, joint with Chris Morris