Cricket icon Sachin Tendulkar has been great friends with Sourav Ganguly both on and off the field.

As the BCCI president turns 50 on Friday, his opening partner shared many insights into their friendship and how he looked at Ganguly as a future captain when he himself was leading India.

Tendulkar heaped praise on Ganguly for giving freedom to his players during his near five-year tenure as skipper.

"Sourav was a great captain. He knew how to maintain a balance—between giving freedom to the players and giving them certain responsibilities," Tendulkar told PTI in an interview.

"When he took over, Indian cricket was in a transition phase. We needed the next bunch of players who could set a platform for propelling India forward."

Tendulkar feels that Ganguly gave a lot of world class players wings to fly and carve their own niche. "At that time, we found top class players - Virender Sehwag, Yuvraj Singh, Zaheer Khan, Harbhajan Singh, Ashish Nehra to name a few. They were gifted players, but even gifted players need support at the start of their careers, which Sourav provided.

"While their roles were defined in the team, they also got the freedom required to express themselves," he said.

The master batter then revealed how before the 1999 tour of Australia, which was his second-last series as captain, Tendulkar in his mind was clear, who was ready to take over in case he decided to step down from captaincy.

"Before stepping down, during India's tour of Australia in which I was the captain, I had suggested Sourav to be made the vice-captain of the team," Tendulkar revealed.

"I had seen him from close quarters, played cricket with him, and knew he had the right qualities to take Indian cricket forward. He was a good leader. I therefore recommended his name.

"Sourav never looked back and what he has achieved for India is out there for all of us to see," said Tendulkar, who had also during later years, had suggested Mahendra Singh Dhoni's name as a future captain.

Maybe the off-field camaraderie is the reason that on-field, India never had a better pairing in white-ball cricket. In all, the duo had 26 century stands between them and 21 of them came when they opened the batting together.

"Sourav and I gave our best. We wanted to play our parts in what the team required and we wanted to win matches for India.

"But beyond that, we never thought about anything. We are thankful to the people, for considering us a good opening pair and for appreciating what we were able to do for India," said Tendulkar, who has always been an epitome of humility.

Ganguly first played for India in 1992 and then was out in the wilderness till 1996 but even during those days when landline telephones were the only mode of connection, the duo kept in touch.

"During the 1991 tour, Sourav and I shared a room. We enjoyed the time spent with each other. We knew each other from our Under-15 days as well, so there was a good rapport between the two of us.

"We did meet on a few occasions after the 1991 tour as well. Those days, unlike today, there were no mobile phones - therefore we couldn't be in touch regularly. However, our friendship continued during all those years."

They had first met at a BCCI-organised junior tournament in Kanpur and then spent a lot of time together at an annual camp in Indore which used be conducted by BCCI with late Vasu Paranjape being in-charge.

"We played against each other in Kanpur in a tournament before the camp in Indore. We had also gone to England representing the Star Cricket Club under Kailash Gattani.

"But the Under-15 camp in Indore was possibly when we spent so much time together and got to know each other. It was the start of what has turned out to be a wonderful friendship that both of us share."

Tendulkar fondly remembered how he, another former India player and later national selector Jatin Paranjape (Vasu's son) and another boy Kedar Godbole literally "flooded" Ganguly's room. They poured buckets of water inside the room when he was fast asleep.

"I remember Sourav was sleeping during an afternoon. Jatin Paranjpe, Kedar Godbole and I filled his room with water. He woke up and was naturally clueless about what was happening, his suitcases were floating. Finally, he realised it was me, Jatin and Kedar who had done it.

"Friends keep playing pranks on each other and our childhood was no different," he laughed.

It was even more funny and at times adventurous during their first ever foreign trip to United Kingdom with the Star Cricket Club.

"We stayed in schools that were like old castles and naturally it looked a bit scary. To make things worse, friends would get together and plan to scare the others even more.

"Years later, when I think back, these are the moments of friendship that stand out and make me smile." 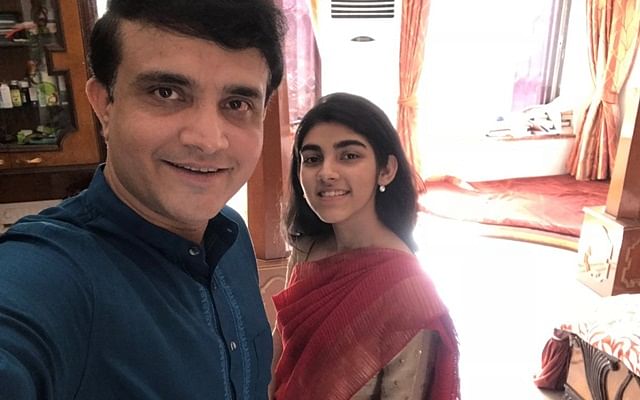