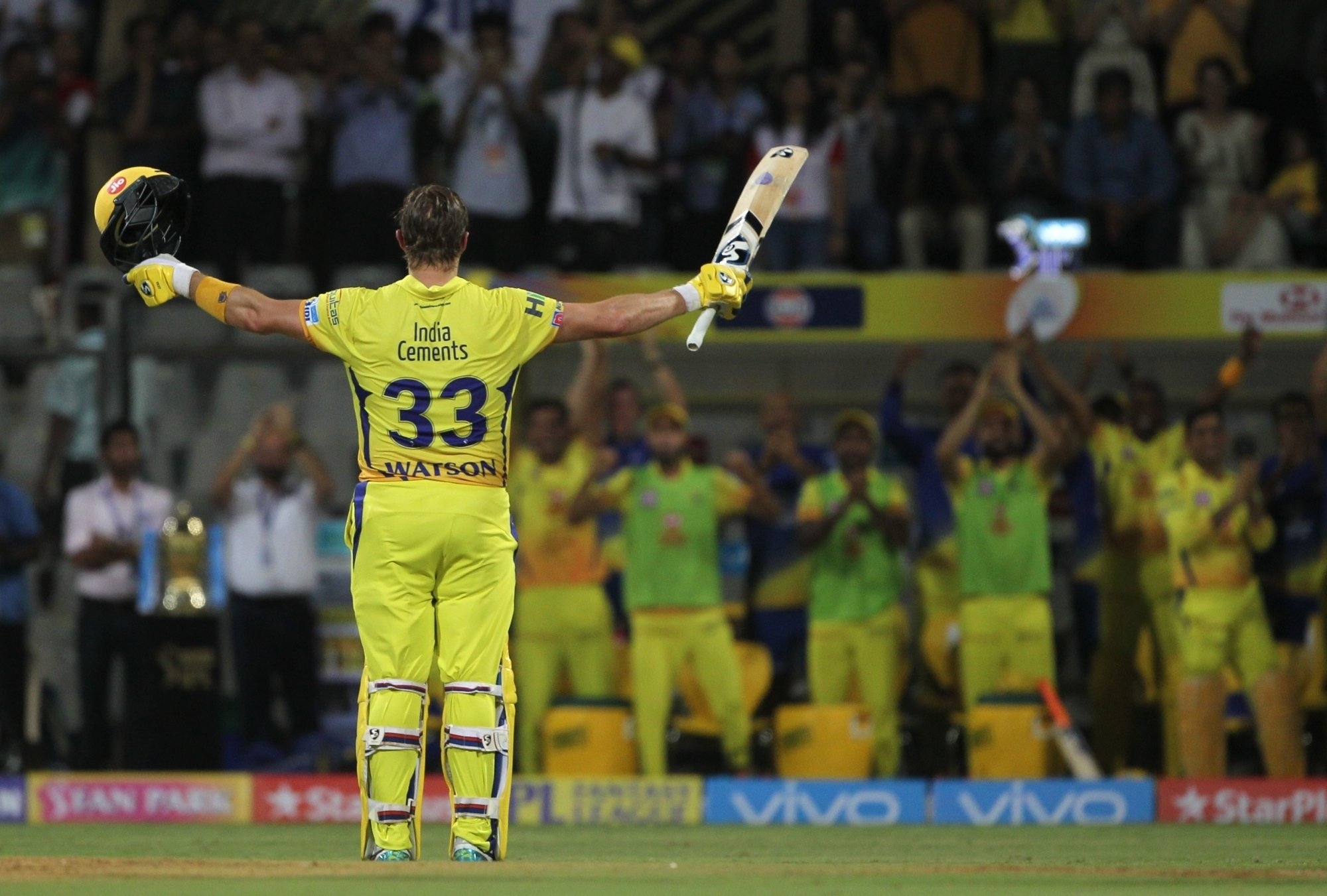 Former Australia all-rounder Shane Watson has reportedly retired from the Indian Premier League (IPL) after Chennai Super Kings (CSK), the franchise he represented, failed to qualify for the playoffs this season.

Although neither Watson, 39, tweeted about his retirement nor was there any statement from CSK, media reports claimed that the Aussie had apparently informed the CSK management that it was his last season in the IPL. Watson`s last tweet was posted on October 30, and it was not about his retirement.

While Watson has had a successful IPL career, this season he wasn`t in top form as he managed just 299 runs from 11 innings, including a highest of 83 not out against Kings XI Punjab. He did not bowl at all.

Watson played a key role in CSK winning the IPL title in 2018 and came tantalisingly to doing an encore in 2019, when his team lost to Mumbai Indians by a solitary run in the final.

During his memorable association with the PL, Watson was part of two title-winning teams - Rajasthan Royals in 2008 and for CSK in 2018. He also won two Man of the Tournament awards, in 2008 and 2013.

Watson represented three teams in the IPL -- Royal Challengers Bangalore was the third team - and appeared in 145 matches. He tallied 3,874 runs, scored at a strike-rate of 137.91, and slammed four centuries and 21 half-centuries, besides capturing 92 wickets, including a hat-trick. He also captained RR and RCB.

The Aussie had retired from international cricket in 2016.