Rajasthan Royals director of cricket Kumar Sangakkara finds Sanju Samson "exceptional" as the Kerala man has been able to perform triple roles of wicket-keeping, captaincy and batting with aplomb in a tournament of IPL's magnitude.

RR easily beat Royal Challengers Bangalore by seven wickets on Friday to reach their first IPL final since 2008 and have a shot at a second title.

"Sanju has been exceptional. He started off with quite a tough test last season with a young side and lot of upheaval because of COVID bubbles, tournament of two halves but he has really grown into his role," Sangakkara said at the post-match press conference.

"He is very soft-spoken, very reserved individual. He is exceptionally skilled with the bat. He has shown a lot of passion and hunger to taking on this testing role of captaincy. Wicket-keeping, captaining and being the best batter in your side along with Jos Buttler is not an easy kind of role to fill but he has done it really well this season," he added.

The legendary Sri Lankan feels that Samson has become more aware about his role in the side.

"He has become more and more aware of what his role is. His tactical awareness has improved right throughout. He has really trusted his team. The team really looks up to him as a leader," the former Lankan skipper added.

Englishman Jos Buttler has been phenomenal with the bat for RR and is the leading scorer in the tournament with 824 runs from 16 games with four centuries and as many fifties.

And Sangakkara said he has never seen anyone bat with such authority in the history of the IPL as Buttler did in the ongoing season.

"It's hard to describe what he (Buttler) has done for us this season in terms of T20 batting. He started off well, he had a little bit of a flutter at one point in the tournament but then he just calmed himself down, had a lot of good conversations rather than just training," he said.

"He accepted that he is mortal, he is a human and can't be at that high level of excellence every single day. He can accelerate at any point, he has got all the strokes. He understands the game really well. I can't remember anyone batting this well in the history of the IPL."

Sangakkara said having a core group of nine players made his job easy.

"That's an advantage of having an experienced side. We have a core group of nine players with exceptional experience and skill and around them, we have young guys and some very senior players in the bench. What I have to do as a coach is very little. It is just about being responsible of what has happened, owning it as a unit.

RCB's director of cricket, Mike Hesson said not being able to accelerate in the last five overs cost them dearly.

"123 for 3 with 5 overs to go, we were very much in a position to get 175-180 with (Glenn) Maxwell set along with (Rajat) Patidar. We obviously lost those two wickets and then in the last 3 overs Obed McCoy and (Prasidh) Krishna bowled nicely, we struggled to get any momentum. We were probably 20 short," he said.

"Our death run score throughout the season has been exceptional, it's probably the top end where we didn't get the momentum. Other than today we pretty much nailed the last 5 overs in most innings."

By his own standard Virat Kohli has endured a forgettable IPL, scoring just 341 runs in 16 innings averaging 22.73 but Hesson said the former RCB skipper got better as the tournament progressed.

"Siraj is a fine bowler. He didn't have the best tournament but he will comeback strong. Maxwell had a good all-round season with bat and ball. Virat got better and better as the season went on. He looked in good touch in the last 4-5 innings," he said.

Read Also
This is different Virat Kohli, one who has made more mistakes in one season than his entire career:... 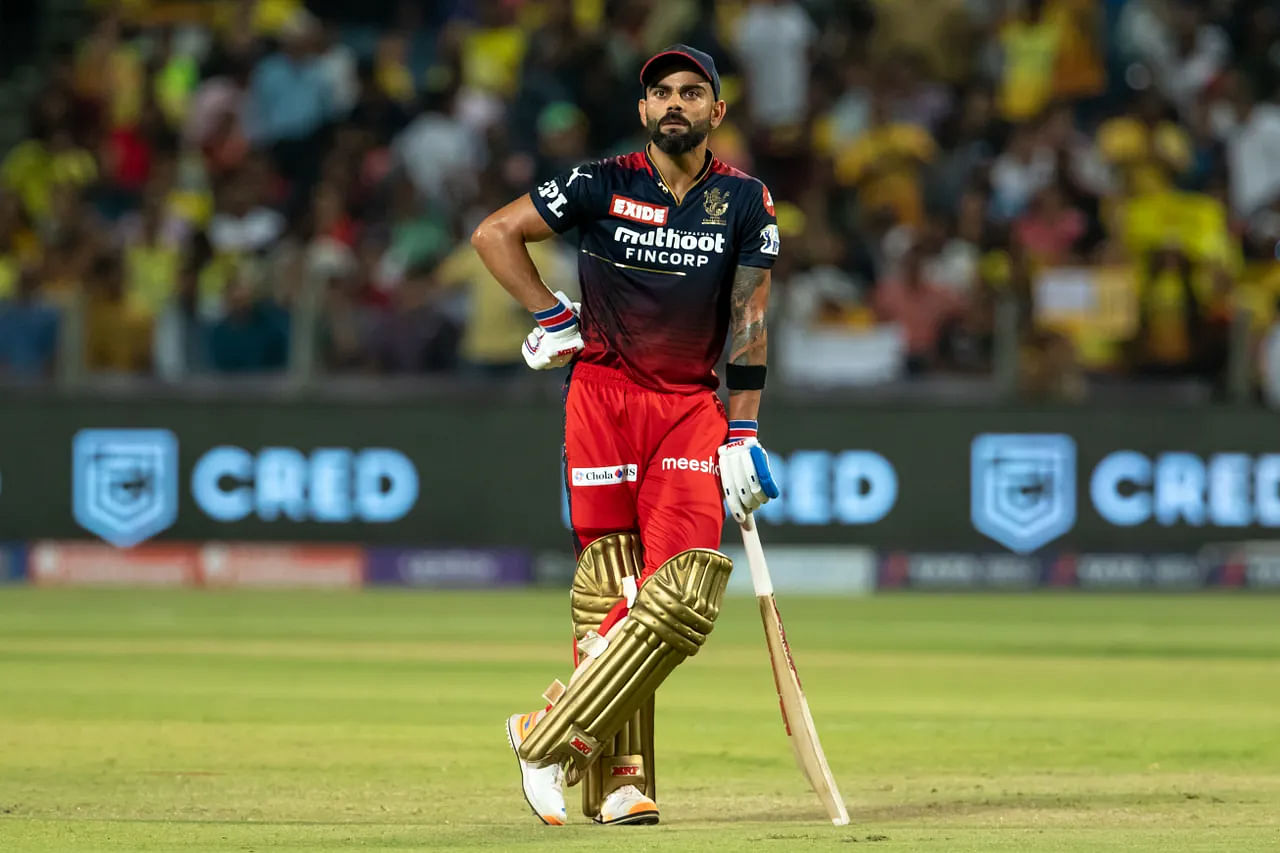 HomeSportsSanju Samson has been exceptional as a player and skipper, says Kumar Sangakkara