Sakshi Malik, who turns 30 on September 3 (1992 born), is an India freestyle wrestler from Haryana. She is the daughter of bus conductor Sudesh Malik of Delhi Transport Corporation. Her grandfather Badlu Ram, who was also a wrestler, motivated her to aspire a career in wrestling.

She is part of the JSW Sports Excellence Program, along with fellow female wrestlers Vinesh Phogat, Babita Kumari and Geeta Phogat. 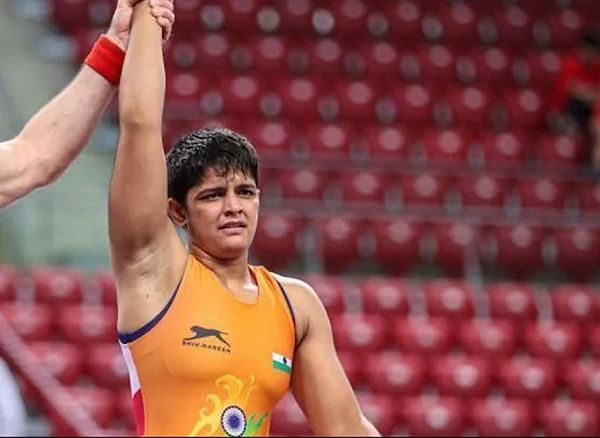 Here are some interesting facts about her:

1. She began training in wrestling at the age of 12, under coach Ishwar Dahiya and Mandeep Singh, at an Akhara in Chhotu Ram Stadium, Rohtak.

2. Shakshi's first success as a professional wrestler in the international arena came in 2010 at the Junior World Championships where she won the bronze medal in the 58 kg freestyle event.

3. She became the first Indian female wrestler to win a medal at the Olympics.

4. At the 2014 Dave Schultz International Tournament, she also won gold in the 60 kg category.

5. Malik is currently employed with Indian Railways in the commercial department of its Delhi division, in the Northern Railway Zone. After the Rio Olympics, she was promoted from senior clerk to gazette officer rank.

6. Malik has completed a master's degree in physical education from Maharshi Dayanand University in Rohtak, where she was appointed as the university's wrestling director in 2016.

7. Sakshi Malik was honored with Major Dyanchand Khel Ratna in 2016 and Padma Shri in 2017.

9. She follows a rigorous diet and regime. She reportedly does 500 sit-ups a day as part of her warm-up; and spends hours practicing her holds and movements on the wrestling mat.