Sachin peps up Kerala Blasters for opener, rain stays away 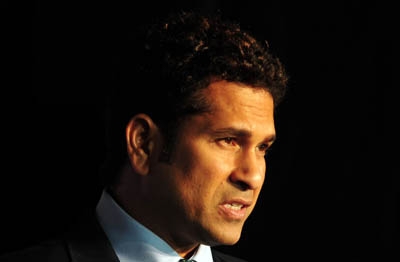 Tendulkar drove from the airport straight to the hotel where his team is putting up and after giving a pep talk to it, he said he would be there in the stadium to cheer them.

Luckily, rain appears to have kept away though the weatherman said showers are to be expected during the course of the match.

Football fans, of whom a huge numbers were arriving sporting yellow T-shirts, the official dress of the home team, appeared to be in a jovial mood as they started to throng at the stadium from afternoon.

“Of course, our team will win hands down. We might not have big names, but the team appears to be a wellknit one from what we saw in their practice matches,” said a young fan in a group waiting to enter the Jawaharlal Nehru Stadium here.

When the home team arrived at the ground, the biggest cheer was reserved for striker Mohammed Rafi, who hails from the state. He said he is confident of the team doing well.

Incidentally, the home team would like to forget its opening match last year, when they lost to the same team that they are facing on Tuesday.

And the rival teams appear to share a similar misfortune — both teams’ marquee players Spaniard Carlos Marchena of Kerala Blasters and former Portugal international Simao Sabrosa of NEFC have been ruled out following an injury.