Pro Kabaddi League: U Mumba, UP Yoddha play out a tense 28-28 tie 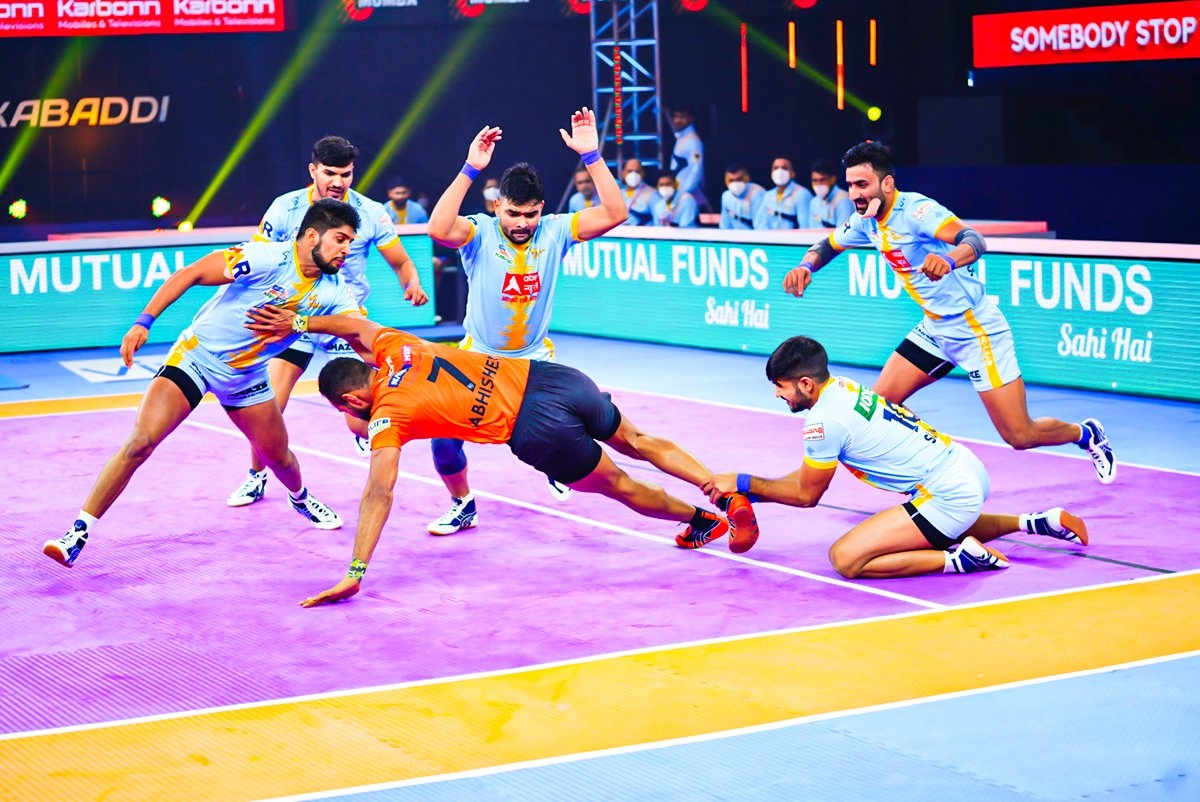 U Mumbai and UP Yoddha in action in the Pro Kabaddi League. | Photo: Twitter

With their defenders putting up a strong show, U Mumba and U.P Yoddha played out an intensely-fought 28-28 tie in a Pro Kabaddi League match, here on Saturday.

Both sets of defenders, especially Yoddha's Sumit (6 tackle points), made life difficult for the raiders as biggies Pardeep Narwal and Abhishek Singh failed to make an impact.

Mumbai had a one-point lead going into the final minute but a mistake by their captain Fazel Atrachali handed Yoddha an opportunity to tie the match.

The spotlight before the match was on U Mumba captain Fazel Atrachali and his nemesis Narwal of Yoddha.

The Mumbai left corner had scored the most tackle points (15) against vivo PKL's all-time highest points scorer Pardeep Narwal. But it was Mumbai's right corner Rinku who started brilliantly in the defence tackling Pardeep Narwal successfully in his first attempt.

In fact, Rinku picked up 4 tackle points in a see-sawing first half dominated by the defenders. At the other end, Sumit decimated all the Mumbai raiders who came looking for points in his left corner.

With Nitesh Kumar joining in the act, it was like UP Yoddha duo had rediscovered the form that made them successful in Season 7. Abhishek had a poor first half and was often caught static on the left side of Yoddha.

But whenever UP Yoddha sniffed an all out, U Mumba produced some magic to stay in the match.

Mohsen Maghsoudlou and Rinku produced successive Super Tackles while V Ajith Kumar managed a Super Raid when the Mumbai team had just one on the mat.

The closely-fought first half ended 16-13 in U Mumba's favour.

Rahul Sethpal's Super Tackle delayed the eventual ALL OUT for Mumbai but U.P. finally got it in the 6th minute of the half to level the scores 19-19 and give Sumit his High 5.

Sumit's confidence seemed to have worked its magic on his teammates as well with Surender Gill picking up a 3-point Super Raid.

Interestingly, Pardeep Narwal was substituted by Yoddha close to the 10th minute for Shrikant Jadhav.

Mumbai's Ajith Kumar ensured U.P. didn't run away with the match with clever raiding. Fazel produced a crucial tackle on Surender Gill and Abhishek Singh picked up a touch-point to give Mumbai a lead with a minute remaining.

But Yoddha's Ankit capitalised on a mistake by Fazel to make the scores level. The match ended with both set of raiders playing it safe and settling for a tie.