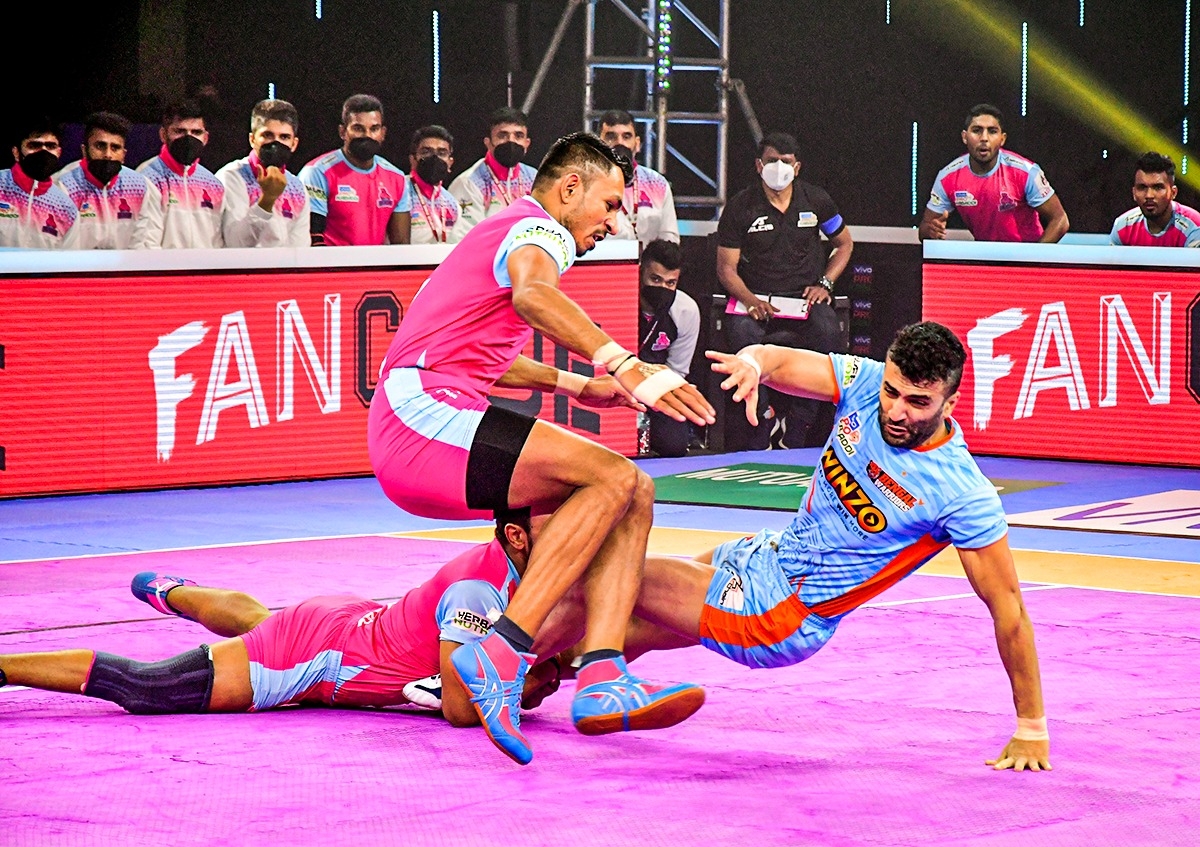 Maninder scored 13 points while Nabibakhsh fetched 10, including a last-minute Super Tackle, to help Bengal overcome a stiff challenge from Jaipur.

Arjun Deshwal was the sole performer for the Pink Panthers, clinching another Super 10 and finishing the game with 16 points. But his failed attempt in the last raid of the match cost Jaipur a chance to win.

Bengal and Jaipur went into the match with the worst tackle strike rates in the league and it wasn't surprising to see the raiders dominate the early stages.

Bengal captain Maninder Singh was in red-hot form with Mohammad Nabibakhsh supporting him. The two clinched successive multi-point raids in sixth minute to get Bengal their first All Out in the seventh minute and open a 5-point lead.

At the other end, Arjun Deshwal was equally impressive in the pink jersey. His crucial points, especially in Do-or-Die raids, ensured Jaipur stayed in touching distance of the defending champions.

The second half was not a lot different for the raiders as both Maninder Singh and Arjun Deshwal picked up their Super 10s. This was Arjun Deshwal's fifth Super 10 in as many matches, but Jaipur failed to support him with captain Deepak Hooda not bringing his A-game to the mat.

But the Pink Panthers smelled an opportunity when they Super Tackled Maninder Singh in the ninth minute. That was followed by a yellow card for defender Abozar Mighani for arguing with the referee.

But Bengal kept producing important tackles to stay in the lead. Going into the last five minutes, they had a narrow 3-point lead, but Jaipur tackled Maninder successfully to reduce that gap.

But Mohammad Nabibakhsh immediately produced a 2-point raid. A last-minute failed tackle by the Warriors made it a 1-point game, but Nabibakhsh, the hero of Bengal in Season 7 final, produced a stunning Super Tackle in the last raid of the match on Arjun Deshwal to clinch the match.