'People start their career at 27, mine ended too early': Irfan Pathan's only regret post-retirement

The 35-year old all rounder slowly lost his place in the Indian squad wished he could play more.
FPJ Web Desk 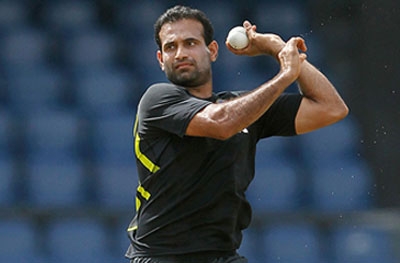 The Swing King Irfan Pathan has called it quits from all forms of cricket. Pathan last played for India in 2012 T20 World Cup. Things have gone downhill for the all-rounder since then. After almost seven years, he bid goodbye to cricket.

Making his debut at 19, Pathan was quick to rise amongst top notch bowlers, earning himself a comparison with Pak's bowler Wasim Akram.

Pathan's remarkable moment still remains the one where he got himself a hattrick against Pakistan. Quickly dismissing Pakistan's Salman Butt, Younis Khan and Mohammad Yousuf, Pathan is the only bowler to take a Test hat-trick in the first over of the match.

However, Pathan has no complaints with his 19-year long cricketing career but does have one regret.

The 35-year old all rounder slowly lost his place in the Indian squad wished he could play more. “People start their career when they are 27-28 and then go on to play till 35. When I was 27, I had taken 301 international wickets, so that was it. That is the only regret I have,” said Pathan.

“I wish I would have played more and could have taken that tally to 500-600 wickets and scored more runs, but it did not happen,” added Pathan.