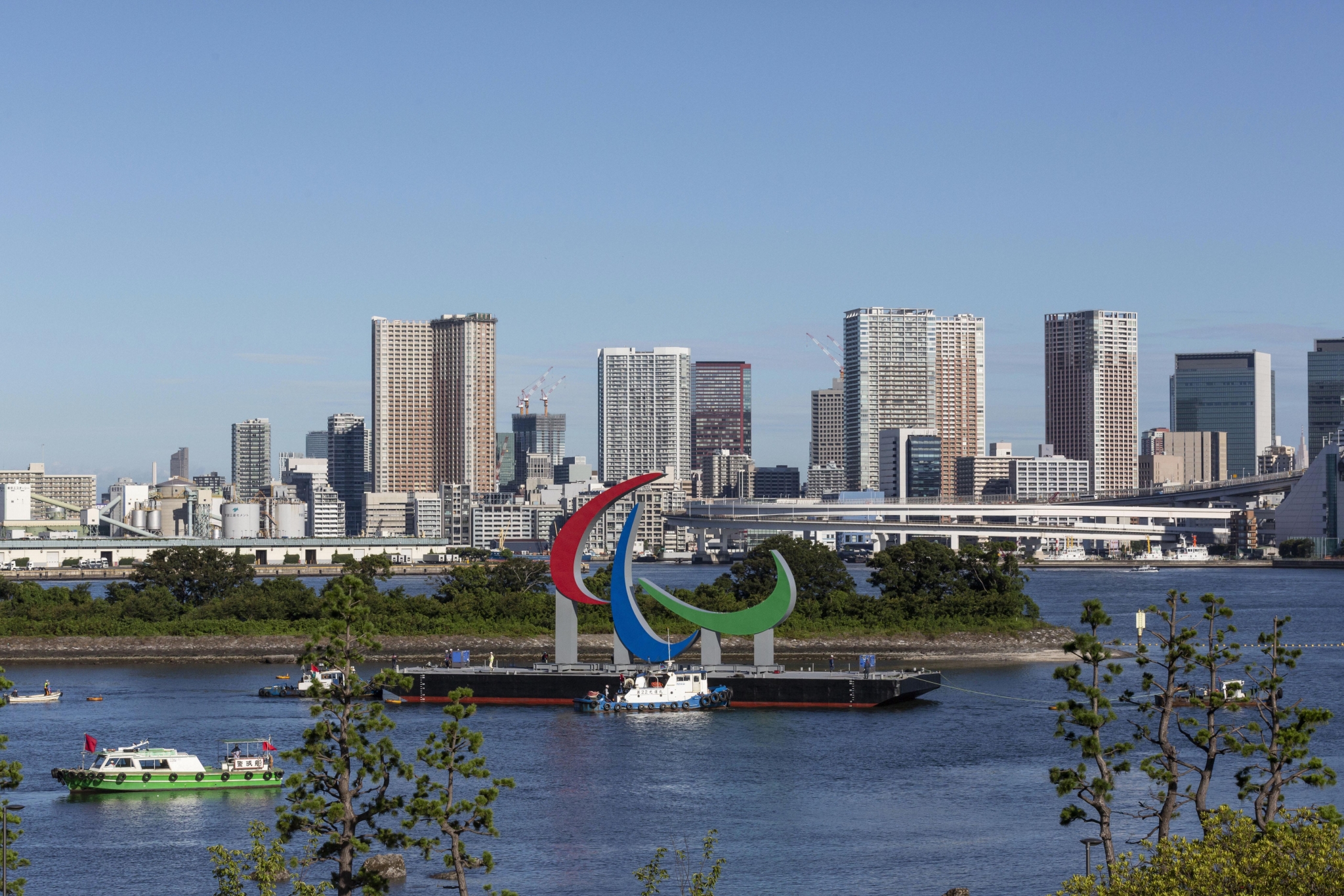 Tokyo: Tugboats move a Paralympic Symbol installed for the Tokyo 2020 Paralympic Games at Odaiba Marine Park on Friday, Aug. 20, 2021, in Tokyo. The Tokyo Paralympics open on Aug. 24 in a ceremony at Tokyo's National Stadium. | Yuichi Yamazaki for AP/PTI

Tokyo, August 20: Giant symbol of the Paralympic Games, the 'Three Agitos', has been installed on a floating platform in Odaiba Marine Park ahead of Tokyo 2020 starting on August 24.

The Paralympic Games symbol of the "Three Agitos" has been installed on a giant floating platform in the Tokyo Bay area. The 94-tonne steel monument stands 17.5m tall, is 23.4m long and 2m wide and was moved by barge to Odaiba Marine Park, as per Olympics.com.

It was anchored in place ahead of the Tokyo 2020 Paralympic Games. It will be illuminated at night from August 20 until the end of the Games.

The marine park, which offers panoramic views of the Tokyo skyline, will serve as a venue for the Para triathlon on August 28 and 29.

The Agitos symbol consists of three crescent lines of red, blue and green, to represent the colours most widely represented in national flags around the world. The three "Agito", meaning "I move" in Latin, encircle a centre point to emphasise the role the International Paralympic Committee has of bringing athletes from all corners of the world together and enabling them to compete.