IPL 2021, Eliminator: "Not the result we wanted but I am so proud..," Virat Kohli pens emotional note on Twitter after RCB defeat Virat Kohli's captaincy era in the Indian Premier League (IPL) came to an end on Monday as Royal Challengers Bangalore (RCB) suffered a wicket loss against Kolkata Knight Riders (KKR) in the Eliminator.

Following the defeat, the skipper penned an emotional note on Twitter, acknowledging the efforts put in by the team and thanking everyone for the support he's received.

"Not the result we wanted but I am so proud of the character shown by the boys throughout the tournament. A disappointing end but we can hold our heads high. Thank you to all the fans, management & support staff for your constant support," he wrote on Twitter.

Not the result we wanted but I am so proud of the character shown by the boys throughout the tournament. A disappointing end but we can hold our heads high. Thank you to all the fans, management & the support staff for your constant support. 🙏 @RCBTweets pic.twitter.com/VxZLc5NKAG

Kolkata Knight Riders on Monday defeated Royal Challengers Bangalore by four wickets in the IPL Eliminator to set up the Qualifier 2 against Delhi Capitals.

Narine then returned to play an impact knock of 26 runs off 15 balls after Shubhman Gill (29) and Venkatesh Iyer (26) provided a good start to KKR.

Skipper Eoin Morgan (5) and Shakib Al Hasan (9) took the side home with two balls to spare.

When the UAE leg of the IPL 2021 resumed, Kohli went on to announce that he would step down as the skipper of the franchise after the ongoing edition.

Kohli had become the regular captain at Royal Challengers in 2013 and he has been a part of the franchise as a player since the inception of the IPL in 2008.

Under Virat Kohli, RCB had reached the finals of IPL in 2016 and it was in the same edition that Kohli registered the most number of runs by a batter in a single season.

However, after that RCB found the going tough and the side failed to reach the playoffs in three consecutive years and the jinx was finally broken in 2020.

In the 140 matches he captained in IPL, Kohli won 66 and lost 70 while four were no results.

Kohli will also step down as Team India's T20I captain after the upcoming T20 World Cup. 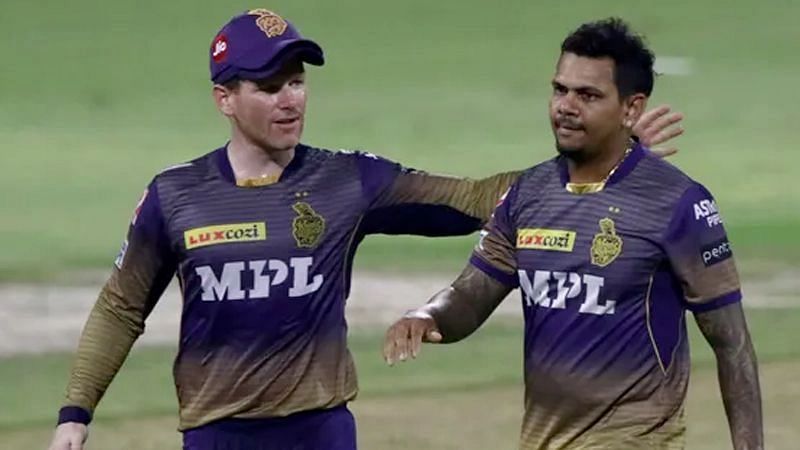