Sunil Narine ran through the Royal Challengers Bangalore middle-order with his spell of four for 21 in the IPL 2021 Eliminator on Monday.
FPJ Web Desk 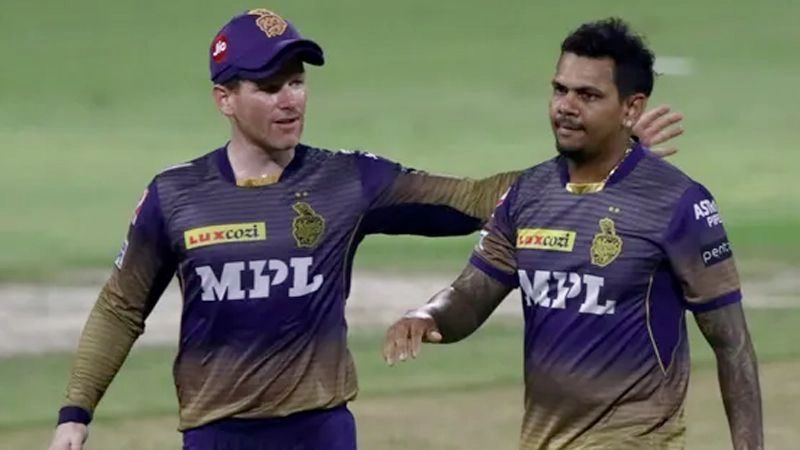 The Caribbean spinner managed to trick the likes of Virat Kohli and AB de Villiers as he got rid of the two classy batters to put KKR in the drivers in the seat in the all important knockout encounter. In the 13th over Narine deceived the RCB skipper, who attempted for a slog on the on side but ended up missing the ball completely.

In his next over, Narine perished the danger-man De Villiers as the Protea great played all around a ball that came back in and smashed the stumps.

Narine continued his onslaught on the RCB batting line up and claimed the wicket of Glenn Maxwell to deny Kohli's men any chances of notching up a formidable score. Narine ended his day with the ball with the figures of 4/21.

Earlier, RCB had won the toss and elected to bat.

Devdutt Padikkal and Kohli powered RCB to a solid start, amassing 49 runs in the first five overs. However, KKR bowlers put up a fine show to keep a check on their scoreboard with regular wickets.