‘Not in my hands’: BCCI chief Sourav Ganguly on ICC Chairmanship

The election will be held before December, the chairman will be decided by a simple majority and the term of the Chair will be for a two-year period between December 1, 2022, to November 30, 2024.

Board of Control for Cricket in India (BCCI) president Sourav Ganguly on Thursday said the ICC chairmanship is "not in my hands", playing down strong speculation that the former India captain could head to Dubai.

In July, the International Cricket Council (ICC) Board approved the process to elect the next chairman of the world body in November. After the meeting in Birmingham, it was decided that with Greg Barclay ending his tenure this year, the election will be decided by a simple majority and the term of the Chair will be for a two-year period between December 1, 2022, to November 30, 2024.

Ganguly's name has been doing the rounds since then. But when asked about it, the elegant batter of yesteryear just had this to say: "ICC chairmanship is not in my hands." The ICC Board has decided that a two-thirds majority is no longer required to be elected as the chairman. According to the latest recommendations, the contestant bagging 51 per cent votes will be elected as the winner. In a 16-member board, the candidate needs just nine votes from the directors to get elected.

Form of Indian men's team is matter of concern

The Indian men's team hasn't been in the best of form of late, and Ganguly acknowledged that not being able to do well in big tournaments is a matter of concern.

"Rohit Sharma has a winning percentage of almost 80. India has lost last three-four matches but before that... He has led in 35-40 matches and lost just five or six.

"I am sure Rohit and Rahul Dravid will be concerned about the team and everything, and they will improve."I am not worried about one or two losses, but yes, we have not done well in big tournaments. We will talk about that."

The team will leave (for T20 World Cup in Australia) two to three weeks, will get time to acclimatise and play practice matches." Regarding Virat Kohli's recent century, he said, "It's very good news that Virat has done well in Asia Cup, and hopefully, he will continue in that vein."

Jhulan Goswami is an absolute legend

This season, Jhulan Goswami is retiring from international cricket after playing the third and final ODI against England, and Ganguly called the pacer "an absolute legend".

"Jhulan is an absolute legend... Last three as BCCI president, we have maintained very good relations... she had a fantastic career. She is almost 40."Jhulan will leave a mark in women's cricket she is a role model, she should get the highest honour when she finishes at Lord's. She is an absolute champion."

It's been a while now, but Ganguly still can't believe that India lost the Commonwealth Games final in Australia. "Still wonder how we have lost the CWG final, we were cruising, we were winning... The BCCI is putting in a lot of effort for women's cricket. We have won two matches in England.. I am happy with the progress," He said. 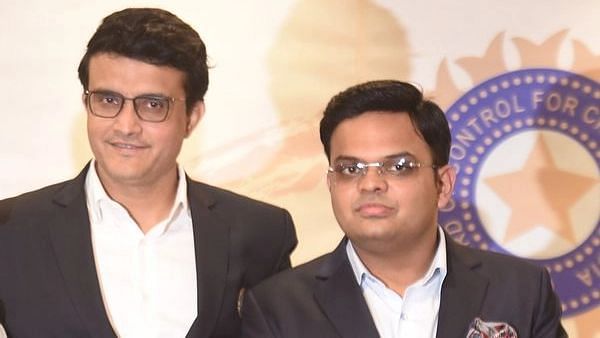