India legend Viswanathan Anand's winning run in the Classical event of the Norway Chess tournament came to an end after suffering a loss against American Wesley So in the fourth round on Saturday.

The 52-year-old former world champion now shares the lead with Magnus Carlsen on 8.5 points each.

The regular Classical game between Anand and So ended in a draw in 28 moves. The American then beat the Indian GM in 46 moves via the Armageddon (sudden death) game.

The Indian ace had posted wins over France's Maxime Vachier-Lagrave, Vaselin Topalov of Bulgaria and China's Hao Wang in the first three rounds.

Meanwhile, Carlsen defeated Dutchman Anish Giri in the Classical game to pick up three points and join Anand in the lead.

In another decisive game in round four, Azerbaijan's Shakhriyar Mamedyarov defeated Hao Wang, while Teimour Radjavov and the experienced Topalov won via the Armageddon against Vachier-Lagrave and Aryan Tari (Norway) respectively.

In the ongoing Norway Chess tournament, the players take part in a Armageddon (sudden death) in case of a draw in the classical game.

So had won the Blitz event ahead of the Classical event. 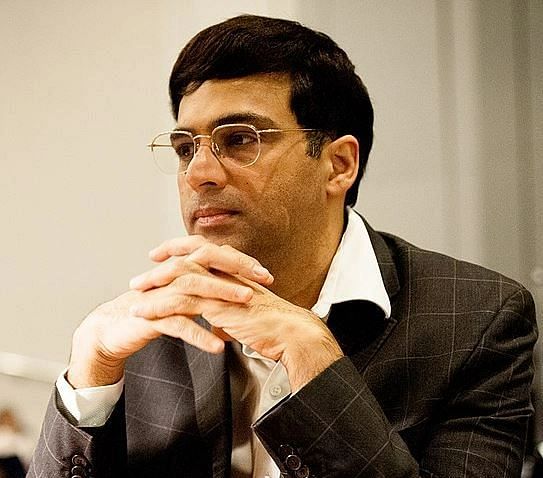