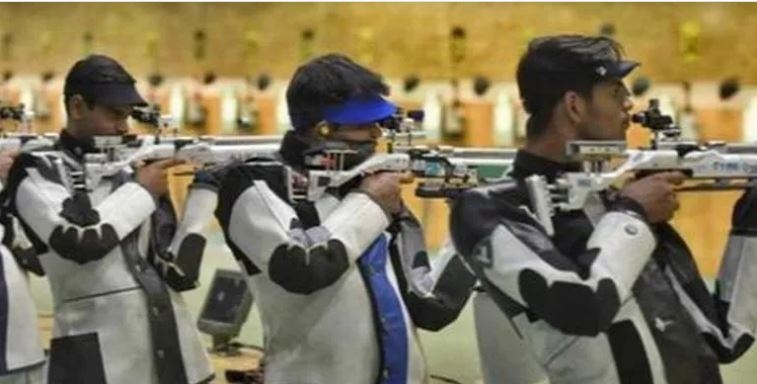 New Delhi: Just a day before the National Rifle Association of India's (NRAI) elections in Mohali, the Sports Ministry has directed the shooting body to initiate the process afresh after presidential candidate Shyam Singh Yadav cited "perceptible conflict of interest" in the appointment of the Returning Officer for the polls.

The NRAI will, however, go ahead with the elections on Saturday as the matter is pending before the Delhi High Court with the next date of hearing in December. Incumbent president Raninder Singh is seeking re-election and is being challenged by Yadav.

In view of the ministry order, the elections are set to be declared null and void.

Acting on a petition filed by Uttar Pradesh State Rifle Association president Yadav, the ministry ordered that the returning officer should be changed to ensure that the national sports code, 2011, is not violated.

Yadav is a BSP Lok Sabha MP from UP's Jaunpur constituency while Singh, serving his third term in the top job, is the son of Punjab chief minister Captain Amarinder Singh.

The returning officer for the polls is Justice (retd) Mehtab Singh Gill, whose appointment, the petitioner alleged, was not done in a fair manner.

". It has also been contended by the petitioner that the returning officer was appointed as the Chief Vigilance Officer (CVC) of the state of Punjab under Punjab state Vigilance Commission act; "....and that name for the said post has been recommended by a three-member committee headed by a close relative of the current president of NRAI," the ministry said in the letter.

"A perceptible conflict of interest arising out of imputed personal and professional relations among the RO and the concerned stakeholders has been drawn by the petitioner..."Therefore, NRAI is directed to appoint a new Returning Officer and initiate fresh election process for conducting elections to its Governing Body in a fair, objective and transparent manner by adhering to the provisions of National Sports Development Code of India, 2011," the letter added.

Singh had previously defeated Yadav for the president's post in the NRAI's 2010 and 2017 elections.