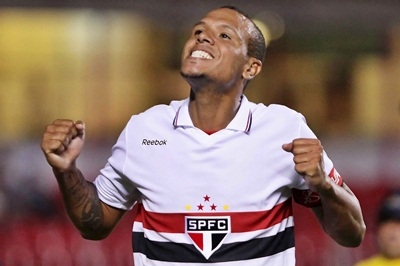 The 35-year-old struck in the 11th minute at the Morumbi stadium on Saturday before Alan Kardec and Thiago Mendes added two more in second-half injury time, reports Xinhua.

Clayton and former Brazil international midfielder Carlos Alberto were on the scoresheet for Figueirense.

Sao Paulo will finish fourth in the standings if they win their last match against Goias away from home next Sunday.

In Rio de Janeiro, Internacional’s Libertadores hopes suffered a blow when they could only manage a 1-1 draw with 10-man Fluminense at the Maracana stadium.

Vitinho opened the scoring for Internacional in the fourth minute and they looked headed for victory when Osvaldo was shown a red card just before halftime.

But Cicero rescued a point for Fluminense by converting a 74th-minute penalty after Vitinho brought down Magno Alves.