Jaipur: India Capitals were crowned champions of the Legends League Cricket (LLC) after registering a 104-run win over Bhilwara Kings in an entertaining final at the Sawai Man Singh Stadium here on Wednesday.

The Capitals, captained by Gautam Gambhir, made an excellent recovery after stumbling early to post 211-7 in 20 overs. The Kings crumbled under pressure in chase of the tall target and were bowled out for just 107 in 18.2 overs.

While Ross Taylor (82 off 41 balls) and Mitchell Johnson (62 off 35 balls) were the architects of the Capitals' innings, sharing a 126-run stand for the fifth wicket, the Kings did not manage to get any meaningful partnership from their batters.

The Kings' openers, Morne van Wyk (5) and William Porterfield (12), were out inside the first four overs. A lot depended on the broad shoulders of Yusuf Pathan (6), but he did not last long. Shane Watson (27) was unfortunate to be run out, while Jesal Karia (22) showed promise but could not carry on for long.

When Irfan Pathan (2), the Kings' captain, was out in the 12th over, the chase was as good as over for them.

For the Capitals, three bowlers — Pawan Suyal (2/27), Pankaj Singh (2/14) and Pravin Tambe (2/19) — took two wickets each. It was a complete team-effort, which brought victory to the Capitals.

Good batting was complemented by tight bowling and sharp fielding.

The Kings, however, had actually got a dream start to the final after winning the toss and electing to field. Irfan's ploy to start with spin from both ends paid dividends as the Capitals found themselves four wickets down by the fifth over.

Monty Panesar and Rahul Sharma cast their spin web to reduce the Capitals to 21/4. But then began the counterattack. Taylor and Johnson caught the Kings' bowlers by the scruff of their necks and thrashed them to all parts of the ground.

The ninth over of the match was the turning point of the Capitals' innings. Former New Zealand captain Taylor crushed Yusuf's spin to take 30 runs from the over. He hit four sixes and a four in that over.

Former England pacer Tim Bresnan finally broke the partnership, dismissing Johnson in the 15th over. But by then, Johnson had hit seven fours and three sixes. 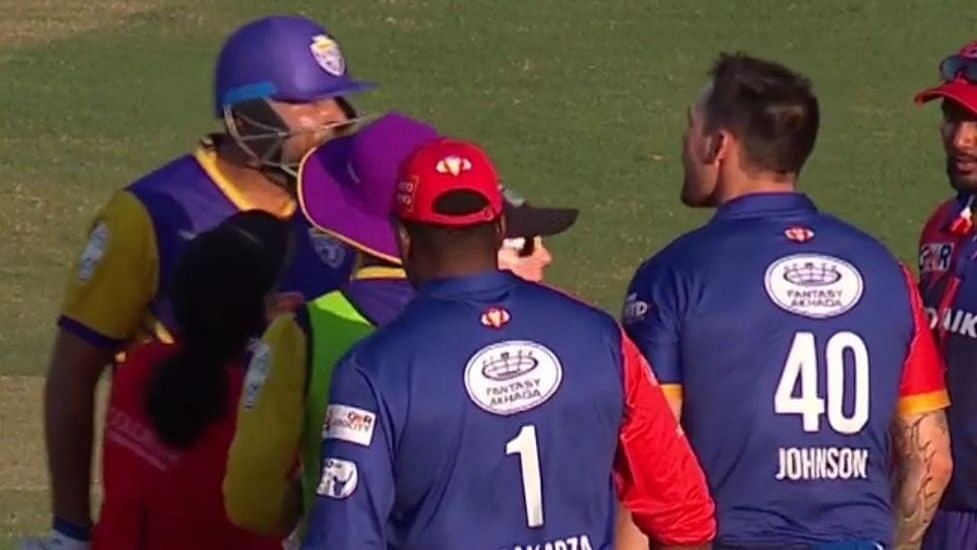