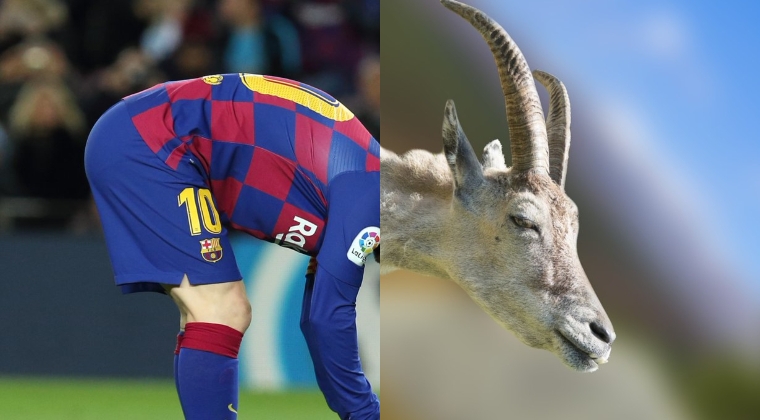 It is no secret that the Argentine footballer Lionel Messi is widely regarded as the G.O.A.T (Greatest of all-time) due to his exploits on the field.

La Liga, the spanish football league has acknowledged the same and shared a hilarious photo collage of Lionel Messi and a goat.

La Liga took to Twitter to put forward that message once more.

They combined his body with the head of a goat and their post read: "Did it work?"

While Messi has not won trophies on the international level for Argentina, he has broken numerous goal-scoring records and set new ones since breaking on to the scene with Barcelona. He has so far won 10 LaLiga titles, six Copa Del Rey trophies and four Champions League crowns with the Spanish giants.

He has been named as the best player in the world six times as the Argentine has six Ballon d'Or trophies in his cabinet. Portuguese superstar Cristiano Ronaldo comes a close second with five.

However, Messi was part of the team that won the gold medal at 2008 Olympics but since then, he has been into World Cup and Copa America finals, failing to win even one such big tournament which still haunts the 32-year-old footballer.