Saurashtra pace veteran Jaydev Unadkat on Tuesday became the first-ever bowler to clinch a hat-trick in the first over of a Ranji Trophy match.

The bowler did so in Saurashtra's Elite, Group B match against Delhi at the Saurashtra Cricket Association Stadium in Rajkot.

After opting to bat first, Delhi was off to a nightmarish start. Dhruv Shorey, Vaibhav Rawal and captain Yash Dhull were dismissed on the third, fourth and fifth delivery of the first over for a duck. Delhi was reduced to 0/3 in the first five balls of the match.

Unadkat continued his ruthless bowling spell in his next over, dismissing Jonty Sidhu (4), Lalit Yadav (0) and wicketkeeper-batter Lakshay Thareja (1). This reduced Delhi to an alarming 10/7.

Irfan Pathan - First bowler to take a hat-trick in first over in Test cricket.

Jaydev Unadkat - First bowler to take a hat-trick in first over in Ranji Trophy.

Pranshu Vijayran and Hrithik Shokeen helped Delhi get out of their slump and they helped the side cross the 50-run mark. The 43-run stand between the duo ended after Prerak Mankad dismissed Vijayran for just 15 runs. Delhi was at 53/8.

At Lunch on Day 1, Delhi was at 108/8, with Hritik Shokeen 57*, Shivank Vashisht 24* unbeaten at the crease, helping their side cross the 100-run mark with their fifty-run partnership.

Unadkat is currently the pick of the bowlers for Saurashtra, having picked up six wickets for 29 runs in his nine overs. Chirag Jani and Prerak Mankad took a wicket each.

Notably, Unadkat was recently part of India's squad that toured Bangladesh and won the Test series by 2-0.

Unadkat played his debut Test back in December 2010 against South Africa. He had gone wicketless in that match.

After a gap of 12 years, he was recalled into the Indian Test team for the tour of Bangladesh. He was in the playing eleven for the second Test, which happened to be his second Test as well.

He played well in the second Test, taking 2-50 in the first innings and 1-17 in the second. In the low-scoring match, he also contributed with the willow scoring 14* and 13.

Over these 12 years though, he turned into a domestic cricket giant.

Besides this, he has played seven ODIs and 10 T20Is for India, in which he has taken eight wickets and 14 scalps respectively.

Read Also
'To the journey of all those years in between': Emotional Jaydev Unadkat shares heartwarming post... 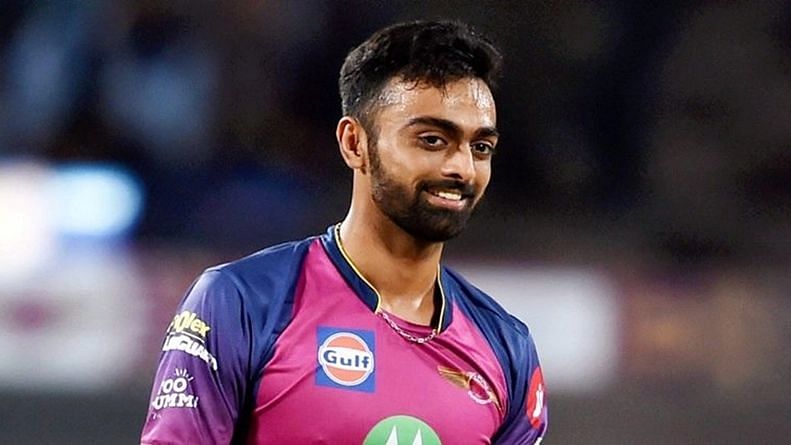