A bit of frustration came out in Quinton de Kock's uncharacteristic celebration after his blazing hundred against Kolkata Knight Riders in the IPL.

"I will speak about Quinton. Sometimes he got runs, sometimes he didn't (in ongoing IPL). When we practiced, or when he was knocking or taking throw-downs, he was always saying he never felt so good and how come it happened that he wasn't able to score," Dahiya said.

"He also said the day he got going, he would make it count and he did that today (last night). And the way they batted for 20 overs, without any wicket falling, just fantastic," added Dahiya.

Thanks to De Kock's spectacular unbeaten 140, the highest individual score this season, and skipper KL Rahul's 68 not out, Lucknow posted an imposing 210 for no loss and then defended it by two runs to book a berth in the play-offs.

"If a captain says something and then does it, it sets a good standard for the team. The way KL has batted through the season, fabulous. He has always been in good rhythm, has taken responsibility and played for the team," he added.

He credited the KKR batters for taking the game till the end and called it the best match of the season.

"We should praise KKR too for the way they batted till the last ball and I feel it is the tournament's best match," he said.

"Let us give credit where it is due. KKR batsmen were putting pressure on the bowlers and we will go back and see what can be done (rectified) because there is a possibility that we will be in the same situation again and try and correct things which are in our control.

"We have a very strong bowling unit and hopefully we will come back stronger," he added.

In a match in which the pendulum swung from one side to another, LSG scripted victory on the last ball, and Dahiya felt that the catch taken by Evis Lewis to dismiss Rinku Singh on the penultimate ball was the turning point.

"When you speak at the end, it was (Evan) Lewis' catch. When you need 21 runs off the last over and you score 16 in the first three balls, it seems things are (going) with the batting unit.

"Rinku (Singh) showed his ability and Sunil Narine has played such knocks, so considering everything, it was Lewis catch, which brought us into the game and the (Marcus) Stoinis yorker on the last ball," said Dahiya.

He also lavished praise on pacer Mohsin Khan, saying the youngster has delivered in most of the games.

"Mohsin Khan has been phenomenal. According to me he has bowled best two overs for almost every game barring one game. (During) pressure time a youngster playing his first IPL coming back and delivering, speaks not only about his skills but speaks about his mental side," Dahiya signed off. 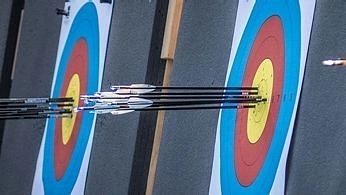