IPL 2022: I think I am most surprised by this innings, says Pat Cummins after scoring 15-ball 56 against Mumbai Indians

He wanted to hit every delivery out of the park but even by his own big-hitting standards, Australian Test captain Pat Cummins is "more surprised" than anyone else after his 15-ball-56 not out blitzkrieg for KKR in an IPL match against Mumbai Indians.

Regarded as one of the world's best in contemporary cricket, Cummins smashed a record-equalling fastest fifty to power Kolkata Knight Riders' to a comfortable five-wicket win over MI on Wednesday.

Cummins reached his half-century in just 14 balls, to equal KL Rahul, to help KKR chase down MI's total of 161 with 24 balls to spare.

"I probably think I'm most surprised by that innings. I'm glad that it came off. I was thinking of having a swing if it was in my area. Wasn't trying to overthink it," Cummins said.

"When I come into bat, it is at the end of the game. So I have a clear thinking to just clear the ropes. Whenever I am facing him (Jasprit Bumrah), I just try to hit as hard as possible and fortunately it came off few times." He is the world's finest fast bowler but Cummins is no mug with the bat and he proved his worth on Wednesday night, as KKR, needing 35 from 30 balls, got them all in just six deliveries with the Australian Test captain hitting six sixes and four boundaries during his explosive knock.

Together with Venkatesh Iyer (50 not out off 41), who anchored KKR's chase, Cummins shared 61 runs off just 2.1 overs to overwhelm MI's total with consummate ease on a bouncy, lively wicket.

"I was just trying to be the shot player. Venky was out there and he was batting well. I though if I could get a few shots and make his job easy at the other end. For the shorter side of the boundary, I just try to get across and just target that area specifically. All I was trying to do was basically hit every ball for four or a six," the Australian Test captain said.

Cummins' innings came on the back of a below-par bowling effort by his own standards as the Australian was clobbered for three sixes by Kieron Pollard in the final over that yielded 23 runs.

"It's welcome to T20 cricket. It happens, you try and take it away from his (Pollard) strengths but he got away, that happens in T20.

"I thought 160 odd was a good score, we would have taken that at the start of the game., more so I am pleased with how I bowled in the first 10 overs to keep us to that score." 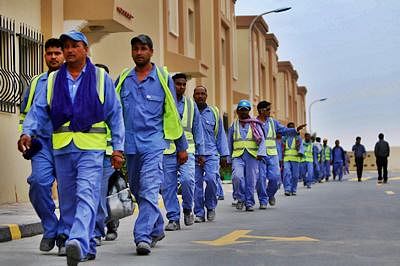 HomeSportsIPL 2022: I think I am most surprised by this innings, says Pat Cummins after scoring 15-ball 56 against Mumbai Indians