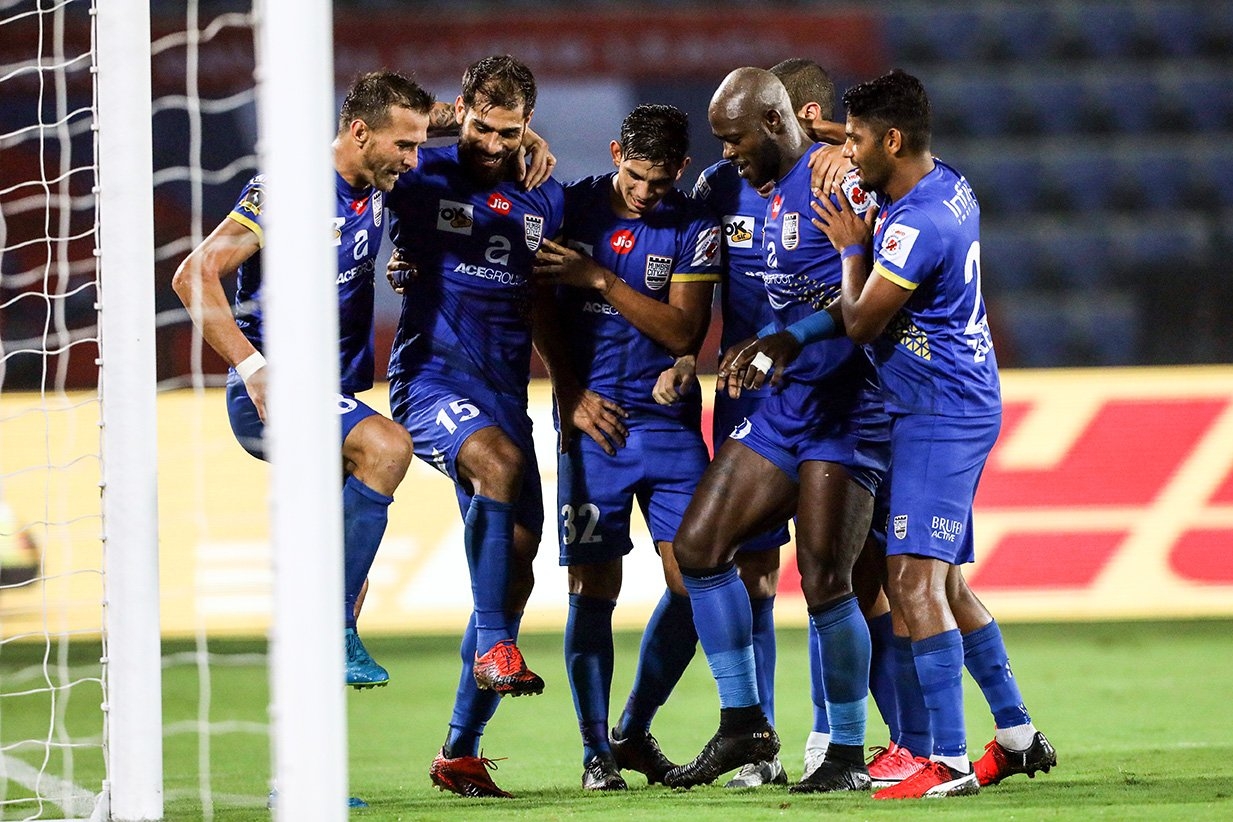 Guwahati: NorthEast United will look to consolidate their position in the top half of the Hero Indian Super League table when they take on Mumbai City FC at the Indira Gandhi Athletic Stadium here on Wednesday evening.

The Highlanders have started this season in style as they are one of the three sides yet to face a defeat. Coach Robert Jarni seems to have struck a chord with the players and the results are evident with the club amassing eight points from four matches.

The Croatian would be pleased with the form of Redeem Tlang who has been exceptional with two goals to his name. Star striker Asamoah Gyan should make it into the matchday squad after picking up an injury before the international break.

There is a concern for Jarni defensively with central defender Kai Heerings suspended following his involvement in an on-field tussle against FC Goa early this month.

The Highlanders’ assistant coach Khalid Jamil was quick to point out that NorthEast would be playing to their strengths against a strong Mumbai outfit.

“Three points against Mumbai is very important. There are no injuries, but Kai (Heerings) will be missing. We will play like we usually do, and we are up against a very good team. So, we can’t take them lightly,” said Jamil.

Mumbai City FC will be pleased to welcome most of their players who were injured. Rowllin Borges, Modou Sougou and Mato Grgic are back in the squad which will give coach Jorge Costa some relief ahead of a must-win match.

The Islanders are in a very familiar situation currently. Though they started the season with four points from two away matches, they were defeated 4-2 by both Odisha FC and FC Goa at home.

They had the same points tally after four games last season and were reeling after a heavy defeat to FC Goa. But they went on a nine-game unbeaten run after that result and Costa will hope for a similar response.

“We have started exactly like last year. Last season in the first four games we had four points. We started well and then we had some problems. I have full confidence in my players. They know what they have to do, and I know what I have to do. We have an important game and we want to get three points,” Costa said.

“The conditions are perfect for my players to play. In Mumbai, it is too hot and too much humidity, but then again, we have to be prepared to play under all circumstances. But if you ask me I prefer to have this kind of weather,” he added.

Costa will have to ensure that his defence is on their toes, having conceded four goals each in their last two games.