India vs England 1st Test: Rahul, Rohit to open; Focus on the white paper with Virat while going for the toss; India to go with four seamers in the English conditions 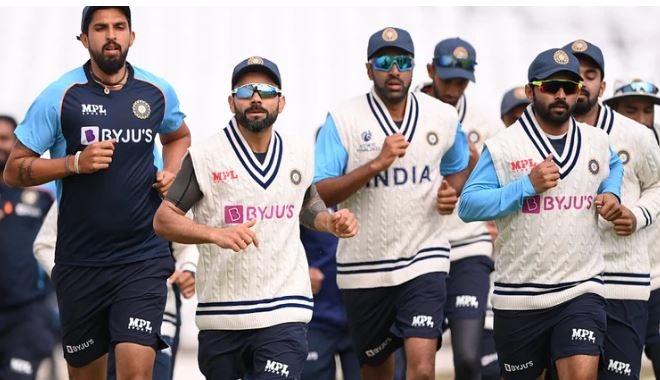 Mumbai: The mission Down Under was accomplished successfully by a young Indian side a while ago, now it's time to take on the British in their own den. Although, the Indian team suffered a heart-breaking defeat against New Zealand in the World Test Championship final in England, they will pose a huge threat to the Joe Root led English side.

With Ben Stokes not available for the series, England will be under pressure to begin with. However, they still have a side which can bamboozle the best in the business.

Root's side has an inexperienced top-order, but their bowling attack comprising of James Anderson and Chris Broad is one of the most lethal attacks in the world at this point.

For the Indian side, KL Rahul will most probably open alongside Rohit after injuries to Shubman Gill and Mayank Agarwal, and it will be a test for King Kohli who is desperately looking to score a century since August, 2019.

Meanwhile, job cut out for skipper Virat Kohli's eventful leadership career start here when his strategic acumen will be tested while selecting a perfect Indian combination to take on a good England.

Kohli announced his playing XI for the World Test Championship final against New Zealand couple of days before the game and drew flak for not respecting the conditions.

However, he will have to think overtime about the balance of his squad with a long tail, often bushy with runs, and just two openers, one untested (Rohit Sharma) but very capable and another supremely talented (KL Rahul) but highly reluctant starter. While, it would probably require a leap of faith from the skipper to ignore Siraj's calibre.