Team India with the ODI winner's trophy | PTI
Follow us on

India gave a good account of their enormous depth as a young and inexperienced side stunned a strong South Africa unit by seven wickets in third ODI in New Delhi on Tuesday to secure a memorable series win.

The spin trio of Washington Sundar (2/15), Shahbaz Ahmed (2/32) and Kuldeep Yadav (4/18) picked the right lengths on a slow Kotla pitch to bundle out South Africa for 99, the Proteas lowest ODI total against India.

The series loss further jeopardised South Africa's chances of a direct qualification for the ODI World Cup next year.

Pacer Mohammad Siraj (2/17) too continued his good run to make a strong case for his inclusion in T20 World Cup squad.

While Washington and Shahbaz got wickets up front, left-arm spinner Kuldeep, who missed out on a hat-trick, cleaned up the tail.

The quality of the Indian white-ball squad was on full display in the series as the second-string team came from behind to clinch the three-match series 2-1.

The Indians, who looked in a hurry to finish the match, lost a bit of momentum after the wickets of Dhawan, whose woeful run in the series continued as he was run out for eight, and Ishan Kishan (10).

However, Shreyas Iyer (28 not out) continued his stellar run as he whacked three boundaries and two sixes including a match-winning maximum to steer India to victory after Gill was trapped leg before with three runs needed.

Quinton de Kock (6) was the first to perish as he half-heartedly cut the ball to top-edge it to Avesh Khan at backward point, giving Washington his first wicket.

India then seemingly got their second wicket when Reeza Hendricks (3) was trapped leg before but the South African took the review to turn the umpire's decision in the seventh over.

Janneman Malan (15) smacked Siraj for three of boundaries in his consecutive overs before the pacer got rid of the opener as he tried to play the pull shot.

South African batters continued to struggle and looked off colour as Siraj claimed his second when he got Hendricks (3) next.

Aiden Makram (9), whose stay in the middle lasted 19 balls, became Shahbaz Ahmed's first victim as he nicked it through to the keeper Sanju Samson.

The visitors dallied to 50 in 17.1 overs but India were all over the visitors.

Skipper David Miller (7) and joined Heinrich Klaasen in the middle but he too couldn't make a mark as he was bowled, the ball slid in from round the wicket to clip the outside of off stump.

Brought into the attack in the 20th over, Kuldeep too joined the party as Andile Phehlukwayo failed to read his googly.

Klaasen and new-man Marco Jansen stitched a 22-run stand that included a four and a six to take South Africa closer to the 100-run mark.

First, Jansen charged down the pitch for a six over long on, a few balls later Klassen hit a boundary but he was dismissed by Shahbaz.

Kuldeep then burst with a three-wicket haul clearing up the lower order as South Africa were bowled out in 27.1 overs. 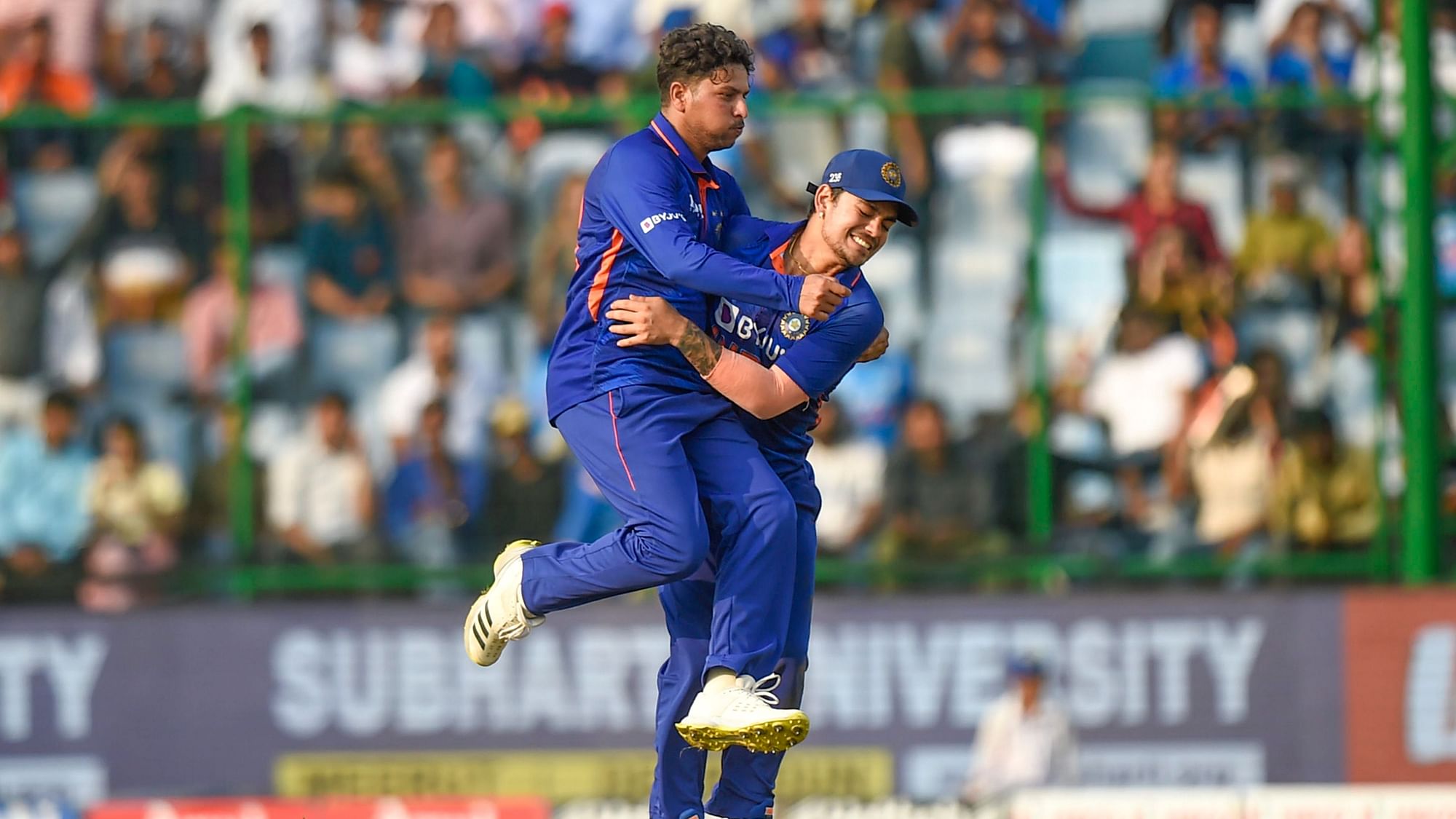