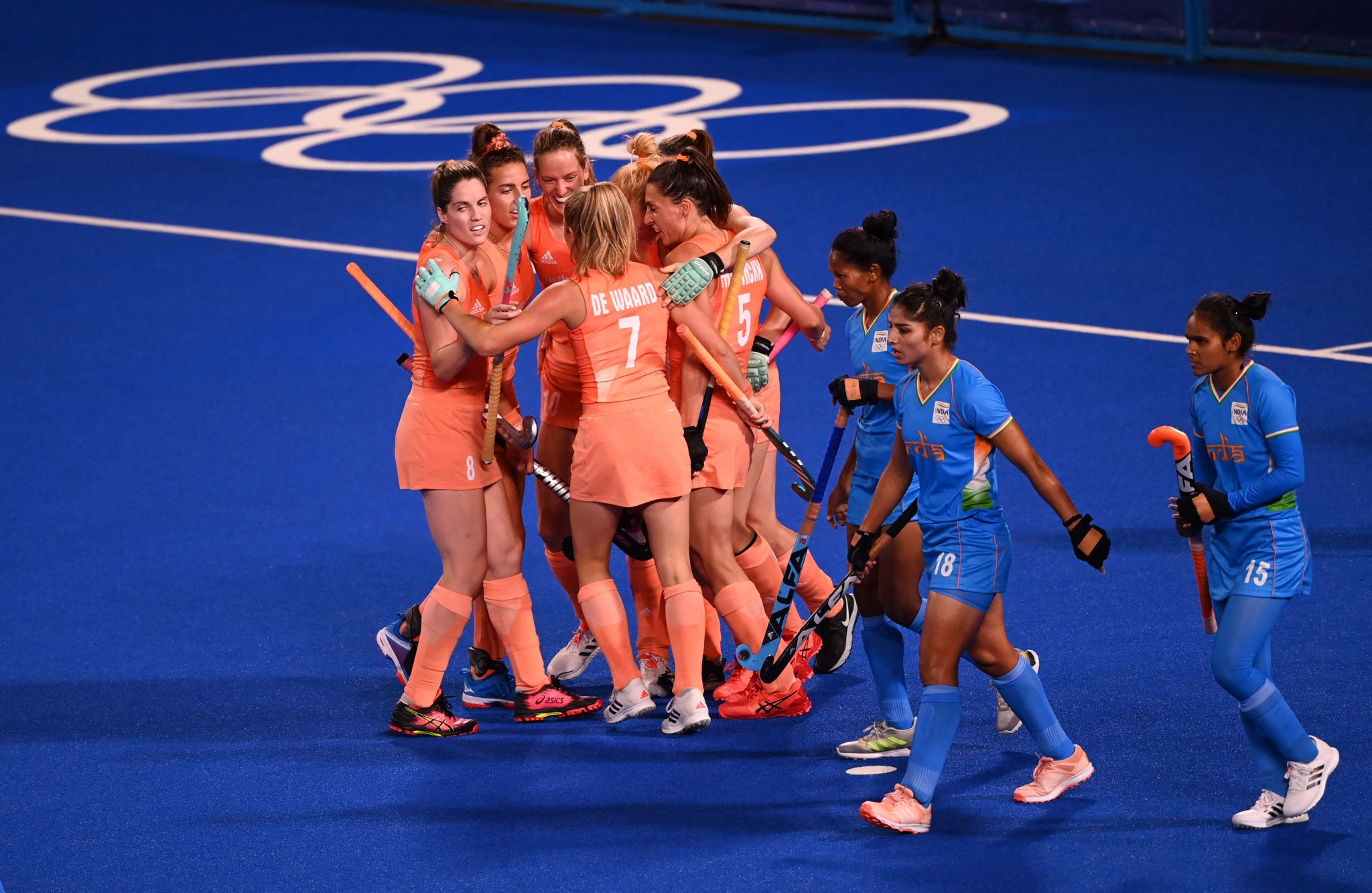 Tokyo, July 24: The Indian women's hockey team fought valiantly in the first two quarters before losing the steam to go down 1-5 against world no. 1 Netherlands in their opening pool match at the Tokyo Olympics here on Saturday.

Felice Albers gave Netherlands the lead in the sixth minute before the advantage was evened out by India skipper Rani Rampal in the 10th minute.

The Indians defended bravely in the first two quarters to go into the half time locked at 1-1 but the break seemed to have broken their momentum as the Dutch came out all guns blazing after the change of ends and pumped in three goals to nip any chance of an upset in the bud.

If that was not enough, there was more agony in store for the Indians as Caia Jacqueline van Maasakker slammed home from their sixth penalty corner in the 52nd minute.

India will play Germany in their next Pool A match on July 26.