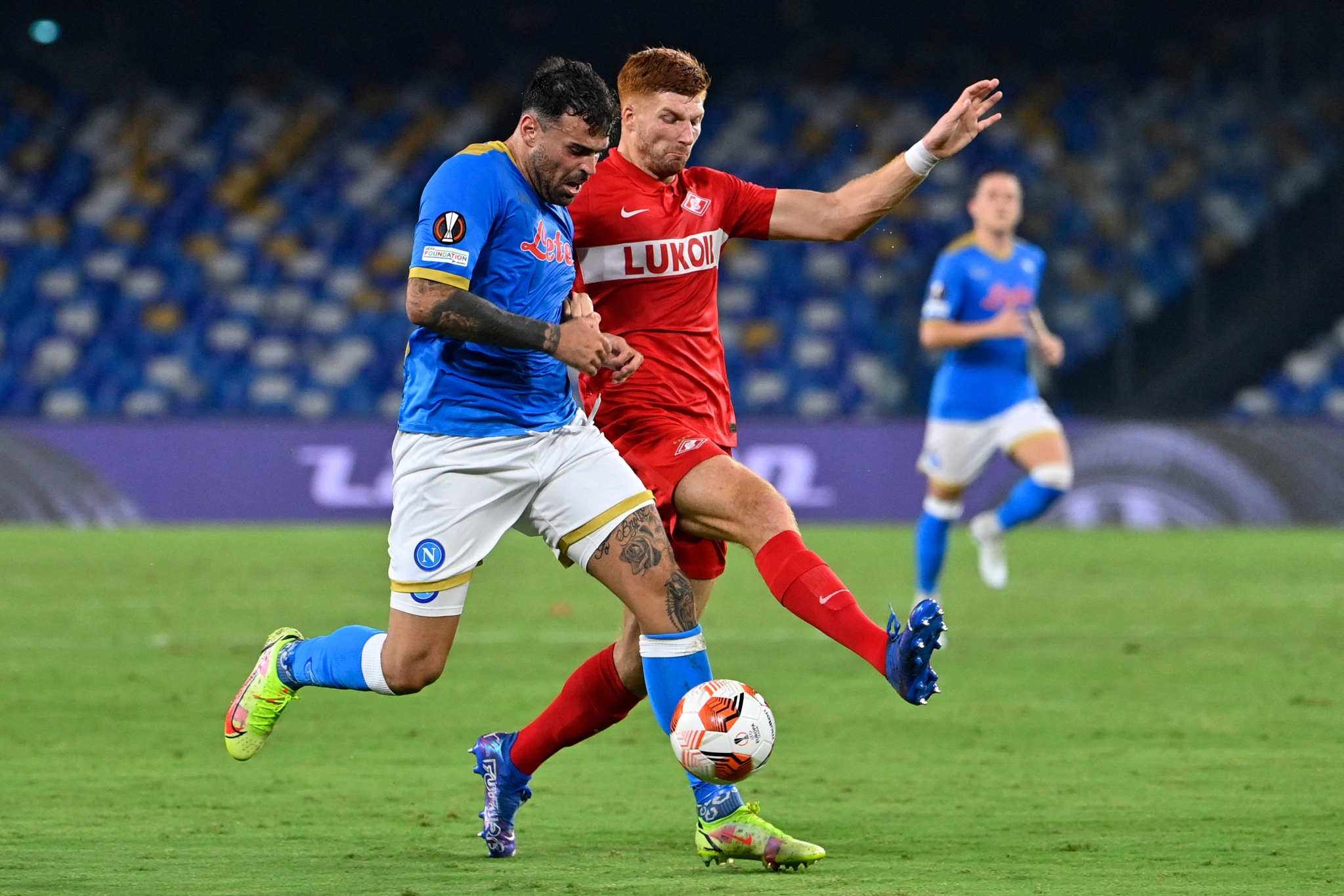 London: Taking the lead after just 11 seconds wasn't enough for Napoli to avoid a loss in the second round of Europa League group-stage matches.

Eljif Elmas on Thursday netted the early goal for Napoli, the second-quickest ever in UEFA's second-tier competition, but Spartak Moscow rallied to a 3-2 victory after both teams were reduced to 10 men.

Lazio, Lyon and West Ham also earned wins, while fan unrest led to the game between Marseille and Galatasaray being halted for about 10 minutes in the first half.

In the new third-tier Europa Conference League, Harry Kane netted a hat trick despite coming on as a substitute in a 5-1 victory over Slovenia's FC Mura.

Stephan El Shaarawy scored seven minutes into the game to put Roma on course to a 3-0 away win at Ukraine's Zorya Luhansk.

Elmas' goal was the fastest in the Europa League since Jan Sýkora of Czech side Liberec scored 10.69 seconds into a game at Qarabag in 2016. But Mário Rui was shown a red card after a video review following a rough foul on Victor Moses in the first half and the visitors turned the game around after the break with two goals from Quincy Promes and substitute Mikhail Ignatov.

Spartak also finished the game with 10 men after Maximiliano Caufriez was sent off after receiving his second yellow card 10 minutes from time, but Promes added a second goal to extend the lead before Victor Osimhen pulled one back for Napoli in stoppage time.

In the same group, Mahir Emreli scored his eighth goal of the season for Legia Warsaw to beat Leicester 1-0 and give the Polish team a second straight win. Leicester and Napoli have one point each.

Fans were banned at Sparta Prague's stadium during the Czech club's 1-0 victory over Rangers due to their racist behavior but the hosts still had the support of some 10,000 children aged 6-14 who were allowed by UEFA in the stands.

In the second consecutive loss for the Scottish powerhouse, the young Sparta fans repeatedly booed Rangers midfielder Glen Kamara. The incident came after Ondrej Kudela from Sparta's archrival, Slavia Prague, received a 10-match ban from UEFA after being found guilty of racially abusing the Finnish player.

Kamara was sent off after picking up his second yellow in the second half. Also in Group A, Lyon beat Danish club Broendby 3-0.

West Ham beat Rapid Vienna 2-0, with Declan Rice hitting the post before scoring the opening goal off a cross from Michail Antonio. Said Benrahma added the second in stoppage time.

The game between Marseille and Galatasaray was interrupted after rival fans threw flares and firecrackers at each other at Stade Velodrome.

In the other Group E game, Lazio beat Lokomotiv Moscow 2-0.

Defender Chris Smalling and substitute Tammy Abraham added a couple of second-half goals for Roma in the span of two minutes.