India's Aditi Ashok reacts after her put on the 18th green in round 3 of the women's golf individual stroke play during the Tokyo 2020 Olympic Games at the Kasumigaseki Country Club in Kawagoe on August 6, 2021. | Photo by YOSHI IWAMOTO/AFP

Golfer Aditi Ashok narrowly missed out on an Olympic medal after finishing a brilliant 4th in the women's individual stroke play at the Tokyo Olympics on Saturday.

The 23-year-old rolled in five birdies to be placed a famous fourth on fifteen-under 201 ahead of Australia's Hannah Green and Denmark's Pedersen who tied for fifth. The Indian finished the final day with 68 (-3) at the Kasumigaseki Country Club.

World Number one, the United States of America's Nelly Korda clinched gold with 17 under par. Meanwhile, Japan's Mone Inami and New Zealand's Lydia Ko were playing for bronze and silver.

Born in Bengaluru, Aditi Ashok fell in love with golf since she was just five years old and dragged her parents to practice on the few courses that were available then in the city.

Aditi's father worked in real estate and her mother in human resources and radio.

Seeing her daughter succeed and gain fame, Aditi’s parents now work as her caddie (One who carries a golfer's clubs and provides other assistance during a match).

Despite being just 23-year-old, this is Aditi Ashok's 2nd Olympics.

She was the youngest on the golf courses at the Rio Olympics back in 2016. Aditi has since carried India’s flag from amateur to professional golf tournaments, Youth Asian Games to Olympics.

Aditi also has the honour of being only Indian to score Ladies PGA Tour. Her trainers know her to be mentally tough with a knack to perform better when under pressure.

Being the lone Indian golfer on the European Tour and India’s best woman golfer, Aditi Ashok made the cut for Tokyo Olympics at the 45th spot in the ranking list.

Despite a distant world ranking of 179, Aditi’s career has seen quite the surge. In 2019, she made the cut to the final round of 13 LPGA tour events out of 22, finishing sixth a couple of times.

In 2018, she briefly achieved a 66th world ranking after finishing 6th in the Volunteers of America LPGA Texas Classic in 2018.

Winning the 2017 Fatima Bint Mubarak Ladies Open, she added 14 points to her ratings.

Having won the qualifying round, Ashok entered Ladies European Tour in 2017 as LET Rookie of the Year. 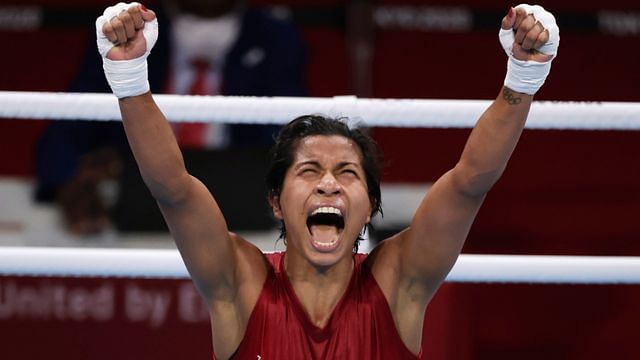