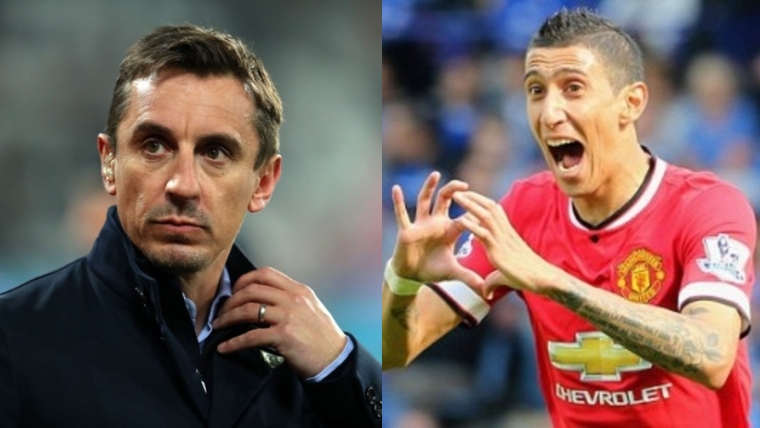 Jorgelina Cardoso, Di Maria's wife, had earlier told Spanish TV that she begged Di Maria not go to England in 2014. The food was branded as disgusting and the people as weird by the PSG star's wife.

With her comments, Neville grabbed the opportunity to slam Di Maria's brief stint at the club, which was very unsuccessful for the winger.

"I don't know what she means," Neville told Sky Sports as per Daily Mail.

"We hear these stories from time to time, where a player's played like a drain, like Di Maria did at Manchester United, he was awful.

"And I had great expectations and sort of excitement when he came to the club thinking we'd signed a top player. But he was never interested from day one.

"And what I would say is, maybe what he needs to do is look across the road at Sergio Aguero, his Argentinian compatriot, or Pablo Zabaleta, who've done alright in Manchester over the years and don't seem to be in a rush to leave."

Di Maria moved to Old Trafford from Real Madrid in 2014 and in just one year as a Red Devil, he forced a move away from Manchester to French giants Paris Saint-Germain in 2015.

During his spell in Ligue 1, Di Maria has won the title four times with PSG and scored 80 goals in 217 games for the club.