From Cincinnati to New York City; The Australian and World No 1 Ashleigh Barty eyes US Open title 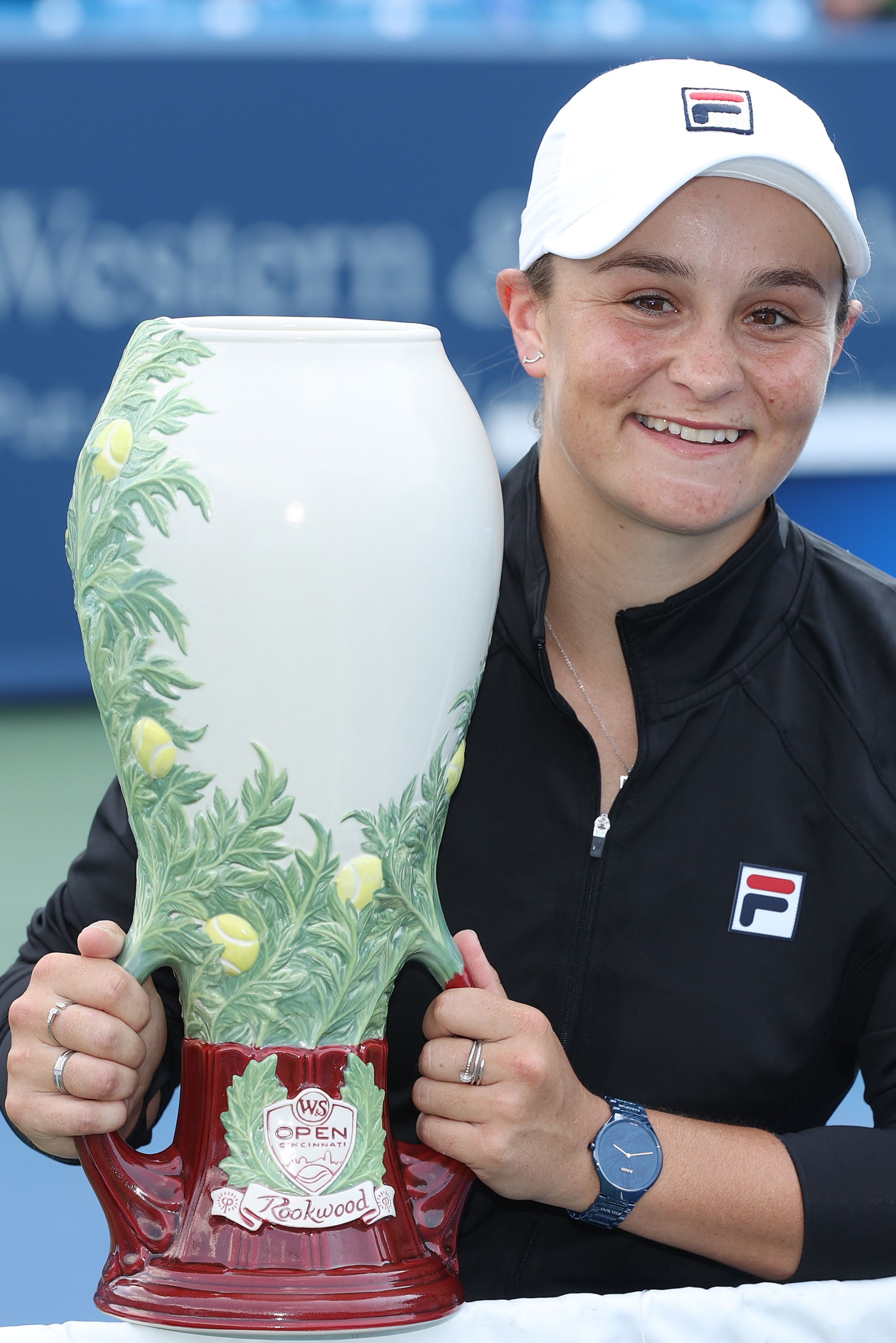 Cincinnati: World No. 1 Ashleigh Barty, who didn't lose a set en route to the Western & Southern Open title, beating wildcard Jil Teichmann of Switzerland in the final, said that she had come into the tournament here not focusing on the result, but wanting to be ready for the US Open beginning later this month.

Barty wasn't sure what her 2021 season would be like after being sidelined for nearly a year due to the Covid-19 pandemic. But eight months and 12 tournaments on, the Australian is once again asserting her dominance, having won the Wimbledon title and now the Western & Southern Open here.

"This week it was completely 'nonresult-focused'. It was about preparing in the best way possible, knowing that we wanted to be ready for New York (US Open) in a couple of weeks' time," Barty said after the win on Sunday evening.

"Now that we've only got a week in between, we have played plenty of matches, and now it's about kind of refining as best we can to hopefully be feeling good come the first round in New York and just try and do the best that we can there," The Australian told wtatennis.com.

The 25-year-old leaves Cincinnati full of confidence and eyeing the final Slam of the season. Barty now leads the tour in titles and match wins (40), and boasts a 14-1 record against top-20 opponents this season.

"There are no certainties in sport, no certainties in tennis. It's just about playing each and every day as best you can as they come, and not focusing or concerning yourself or your self-worth with results. Some weeks it's easier than other weeks. Some weeks following big wins, you do feel super confident and you feel like in a way you know exactly what you want to do on the court. You almost have this overriding feeling of confidence and assertiveness on the court. You can be aggressive. You can trust yourself. There is no doubt."

Barty will be seeking her second consecutive Grand Slam title, and third overall, following her triumph at Wimbledon last month.

"Our practice weeks before Grand Slams are quite normal. There is nothing fancy, no extra emphasis on anything. It's just gauged by how I'm feeling physically, how I'm feeling mentally, and we have had a lot of practice now as a team in being able to read each other and what we think is required, and then it's about going out there for the first round, whether it's the Monday or Tuesday, and try to do the best that I can. That's all I can ask of myself."