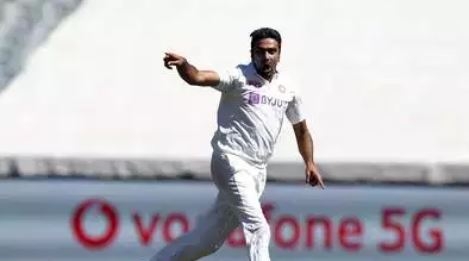 London: India's bowling coach Bharath Arun said that English batsmen are wary of Ravichandran Ashwin's abilities on tracks with assistance but a call on the senior off-spinner's inclusion will only be taken on Thursday morning ahead of the fourth Test.

Ashwin, world's best off-spinner, has been benched for three consecutive Test matches with Ravindra Jadeja being played as a batting all-rounder.

"Ashwin, no doubt, is one of the best bowlers we have and its unfortunate that he has not played so far but if there is an opportunity and if we feel that he is going to fit into the scheme of things, they will definitely both be bowling in tandem," Arun said when asked if both the spinners can fit into the playing XI at Oval which aids spin bowling.

However, Arun hinted that English batters' circumspect way of handling Ashwin may lead to a change in nature of the track along with fickle English weather playing its part.

"History at the Oval says that it aids spin but you also know how the Englishmen are wary of Ashwin's abilities of what he could do if there is any assistance from the track.

The respected bowling coach said that his bowlers shouldn't be judged by England's 400 plus score in one innings as they have defended a lot of low scores over the years.

"It's a challenge for bowlers to defend low scores and they have done it in the past. I don't think its fair to pull up the bowlers if they haven't done it on one occasion and you got to realise we are playing closely fought international series," Arun said.

"There are bound to be losses, which we know and we have to accept and take positives and then move on."

Arun conceded that against England captain Joe Root, his team has given easy runs first up in all the Test matches.

"We have given him pretty fast starts and obviously we look deep in those areas and stem those."

He also clarified that Jadeja had gone to the Leeds hospital for a scan and wearing the green hospital uniform did create unnecessary panic.

"It was a very, very normal precautionary scan he went through. All he had to do was to wear a hospital uniform and click a picture that created a scam," he said.

Arun reminded one and all that this is the same team that came back after being 36 all out and there is no reason that they can't do it again.

"We have done it in the past, we were bowled out for 36 and bounced back. Also against England at home, we came back after big defeat (in Chennai). We can take confidence from what we have done in past. You will see a lot more spirited performance."

India head coach Ravi Shastri would like his team to take inspiration from its Lord's Test win rather than think about the humiliating defeat at Leeds ahead of the fourth Test against England, starting at The Oval here on Thursday.

Shastri admitted that getting out for 78 on the first day became decisive in the final context of the third Test but the series is still wide open.

"It's very easy, you just go back to Lord's. Just think Lord's, forget the last one. As simple as that. I know it's easier said than done but we should remember your good moments as well. Such things happen in the game," Shastri told 'Times Now Navbharat' while promoting his new book 'Stargazing'.

Shastri spoke about how one should take the positives from the Lord's Test where they were in a weaker position at the start of the fifth day before turning the tables.

The head coach was happy that India batted better in the second essay when they managed to score 278.

"Even though we showed glimpses of a fight in the second innings, I think that first, you know, early dismissal of our players and getting all out for 78 played its part. But this series is wide open." In his inimitable style, the former India all-rounder said that anyone which discounts Virat Kohli and his men should do so at their own peril.

"If anyone thinks that this Indian team is going to back off, they have another one coming because at 1-1, we are playing overseas, the pressure is on England.

"They have to win in their own country. We have done what we had to do with them in India. So, the ball is in their court and we will fight, there's no question about it."

Karnataka speedster Prasidh Krishna, who has been a standby player with the Indian team for the past three months, was on Wednesday added to the main squad ahead of the fourth Test against England here.

The decision is an indication that Prasidh could be in line for a first XI call-up either at the Oval or in Manchester with the team management keen to monitor the workload of frontline pacers Jasprit Bumrah, Mohammed Siraj and Mohammed Shami.

"The All-India Senior Selection Committee - based on the request of the team management - has added fast bowler Prasidh Krishna to India's squad for the fourth Test," BCCI secretary Jay Shah stated in a release.

However, bowling coach Bharat Arun maintained that Krishna's inclusion was a precautionary measure.

"He (Prasidh) has been included in the team, mainly because, considering all the workload management issues an...there is nothing more to it than that," Arun said at the virtual press conference before the fourth Test starting here on Thursday.

"So Ishant's (Sharma) form was a bit of concern, I think, but we have things sorted out. But Prasidh Krishna is just you know, a precautionary inclusion," added Arun.

The 25-year-old has played only nine first-class games with 34 wickets in his kitty. Earlier this year, he played three ODI matches at home against the same opposition, taking six wickets.