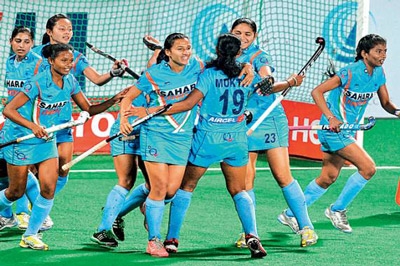 New Delhi: The Indian junior women’s hockey team will focus on its “key problem” of conversion of penalty corners during a preparatory camp beginning here from Saturday, coach N.S. Saini said on Thursday. The camp of the junior women’s team probables will be held at the Major Dhyan Chand National Stadium from August 8 to August 31. The camp is in preparations for the seventh Women’s Junior Asia Cup, scheduled in Changzhou, China from September 5-13, a Hockey India (HI) statement said.

“The team is motivated after finishing third in the Volvo Invitational U-21 Tournament 2015 where they showcased a fine performance,” Saini said in the statement. “This camp will enable them to work on their weak areas and further solidify their strengths. We will look at our key problems in converting penalty corners and make sure we stress on rectifying those areas to give tough competition to the opponents.” Saini said the 33-women strong probables squad will be going under strict training sessions targetted at improving team coordination. The training sessions will be aimed at successful implementing of  team strategies on the ground for the upcoming tournament.

The women’s team finished third in the Volvo Invitational U-21 (Women) Tournament held recently in Breda, The Netherlands. Saini said the team hoped to continue the momentum forward.