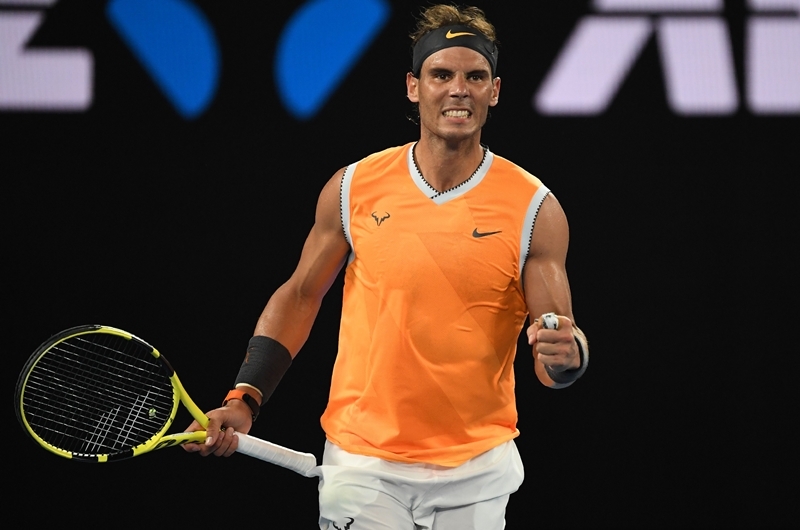 France: Roger Federer reached the third round of Roland Garros for the 15th time on Wednesday with a 6-4, 6-3, 6-4 win over German lucky loser Oscar Otte. Third seed Federer defeated the world number 144 in 95 minutes on Court Philippe Chatrier, saving all four break points he faced. Next up for 37-year-old Federer is a clash with Norway’s Casper Ruud who put out Italian 29th seed Matteo Berrettini 6-4, 7-5, 6-3. “The Grand Slams are incredible. You can meet a player who qualified who (you) have not heard of before,” said the 2019 champion. Rafael Nadal cruised into the third round of French Open as he defeated Yannick Maden 6-1, 6-2, 6-4 in the second round match.

Chasing his 12th Roland Garros title, the world number two kept the momentum going from his first round match and outclassed Maden in the second round match that lasted for an hour and 43 minutes on Court Suzanne-Lenglen. The Spaniard, playing on his familiar territory of clay, was in an impeccable form on the court, making attacking moves from the very start of the match forcing Maden to play out of his comfort zone. The eleven-time Roland Garros champion was in control throughout the first two sets and he wasted a break twice in the third set before sealing the deal to enter the last 32.

The 32-year-old lost just seven points on serve in the opening set, facing no break points and he forced errors from his German opponent in game two to get a perfect start. Another forehand mistake from Maden cost him his serve in the fourth game and Nadal closed the opener with a hold at 15 in game seven for a 6-1.

Yannick was able to grab only three return points in the second set and he was not able to match Nadal’s pace. The German suffered breaks in game one and five allowing Nadal to close the set with a service winner at 5-2, moving a set away from the victory after an hour and 19 minutes. Yannick was able to find some rhythm in the third set as he was able to display power in his gameplay. He was able to break Nadal twice in a row at 2-3 and 3-4, leveling the score at 4-4 before the Spaniard claimed eight of the last 11 points to take the set 6-4 and move into the third round. Earlier in the day, Stefanos Tsitsipas defeated Hugo Dellien 4-6, 6-0, 6-3, 7-5 in the second round match to enter the third round of the French Open.