Dumfries nods home winner for Dutch; In a Group C Euro 2020 at the Johan Cruijff Arena on late Sunday night; Brazil, Colombia, Austria were the other winners of the day 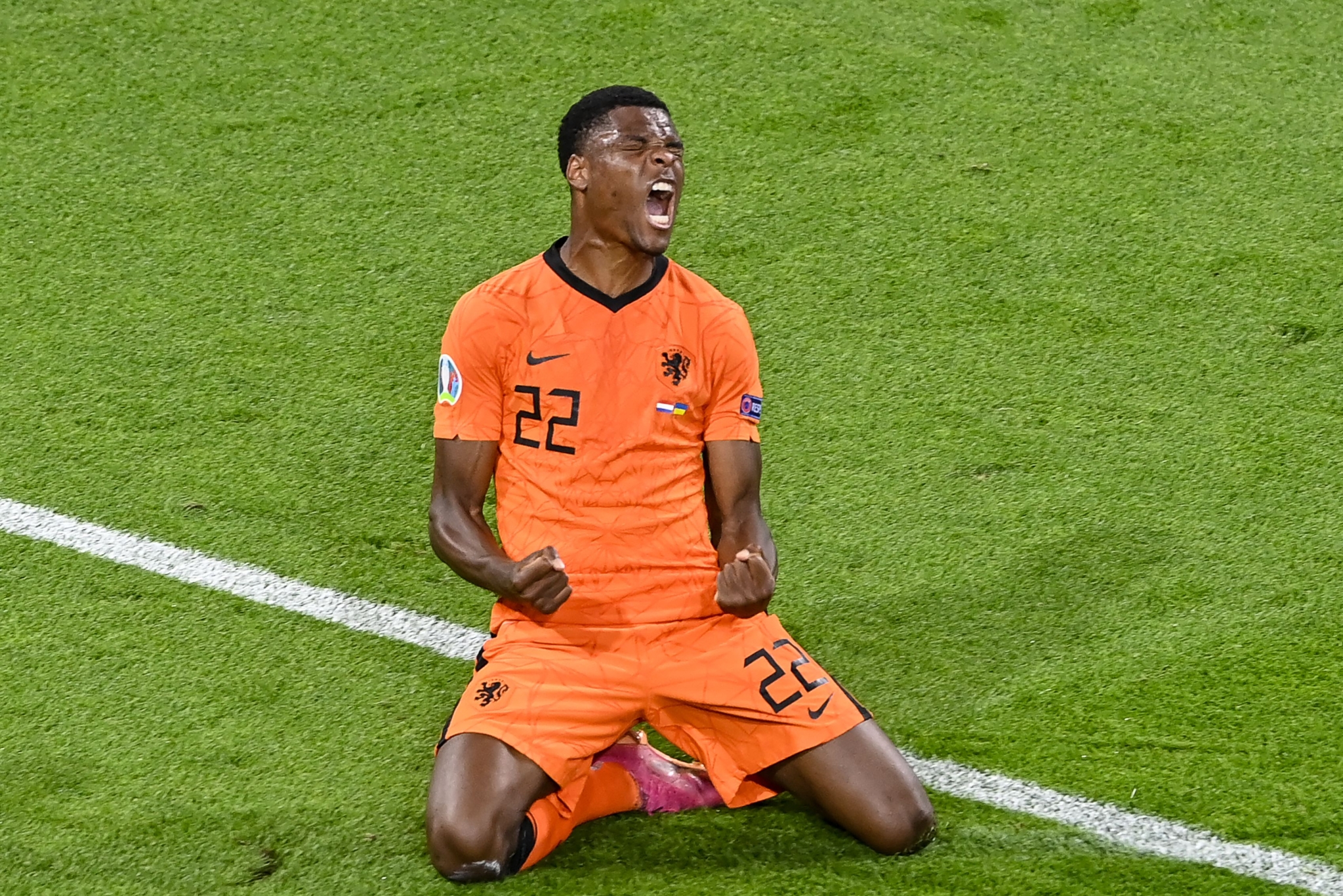 Amsterdam: There was just five minutes left, and Denzel Dumfries nodded home the decisive goal, after Ukraine had briefly threatened to leave Johan Cruijff ArenA with a share of the spoils.

A frantic start paved the way for what was to come in Amsterdam. And hosts the Netherlands escaped to vistory 3-2 over Ukraine un Group C encounter at the Euro 2020, here on Sunday.

It was only goalless at half-time thanks in part to Georgiy Bushchan's smart reflexes and in part to Denzel Dumfries' failure to convert a gilt-edged back-post header.

Both players would be involved in the eventual opener seven minutes after the break, but it was captain Georginio Wijnaldum who pounced on the rebound after the visiting keeper had intercepted a cross from the right.

When Wout Weghorst applied an equally instinctive finish just before the hour, the game looked to be up for Andriy Shevchenko's side. Andriy Yarmolenko had other ideas, though, cutting in from the right before curling in a glorious effort from the edge of the penalty area.

The momentum appeared to be all Ukraine's when Roman Yaremchuk headed in four minutes later, yet Dumfries had the final word when he rose highest to convert Nathan Aké's cross and register his first international goal.

After missing an open chance in the first half, Dumfries helped set up two goals in the second and then headed in an 85th-minute winner to give the Netherlands three points at the European Championship.

"I kept believing that a chance would come and then you have to be in the right place," Dumfries said.

"It wasn't my best match, but it was the most beautiful."

The winning header came only minutes after Ukraine had scored two late goals to equalise.

The victory vindicated Netherlands coach Frank de Boer's decision to play a 5-3-2 formation at Euro 2020 with Dumfries and Patrick van Aanholt as wingbacks instead of the 4-3-3 attacking formation favored by many Dutch fans.

"We dominated, created chances, and that is what we want to see," De Boer said.

The Dutch were playing in their first major soccer tournament in seven years. The last time was at the 2014 World Cup in Brazil, when they reached the semfinals.

About 16,000 fans, all of whom had to show a negative COVID-19 test to get in, watched the Netherlands dominate the match at Johan Cruyff Arena until Ukraine's unlikely comeback.

A surprising choreographed move gave Colombia a 1-0 win against Ecuador. Edwin Cardona scored the winner at the Arena Pantanal in Cuiabá in the 42nd minute of a tense game on Sunday.

Brazil kicked off a Copa America tournament that has been opposed by some members of its own team with a 3-0 win over Venezuela here. Marquinhos, Neymar and Gabriel Barbosa scored in the opener at Mané Garrincha stadium in Brasilia on Sunday, less than a day after several Venezuelan players tested positive for COVID-19.

Munich: France and Germany usually play each other in the latter stages of major soccer tournaments. Not this time.

The teams will meet in the group stage of a European Championship or World Cup for the first time on Tuesday when they open their Euro 2020 campaigns in Munich.

Their last match at a major tournament came in the Euro 2016 semifinals. Antoine Griezmann scored twice for France in the 2-0 victory over then-World Cup champion Germany in Marseille.

Germany has never really recovered, and though the French lost to Portugal in the final five years ago, they went on to win the World Cup two years later.

Budapest: Home advantage at the European Championship may not count for much when Hungary faces a Portugal team with scoring talent and one particular player looking to make history. Cristiano Ronaldo needs six more goals to become the all-time leading scorer for a men's national team.

If the defending champions go far at Euro 2020, Ronaldo could indeed break Iran striker Ali Daei's record of 109 goals. And he'll get his first chance to add to his total on Tuesday against the Hungarians at the Puskas Arena.

Portugal beat France 1-0 in the Euro 2016 final in extra time after losing Ronaldo to injury. He hobbled off injured midway through the first half.