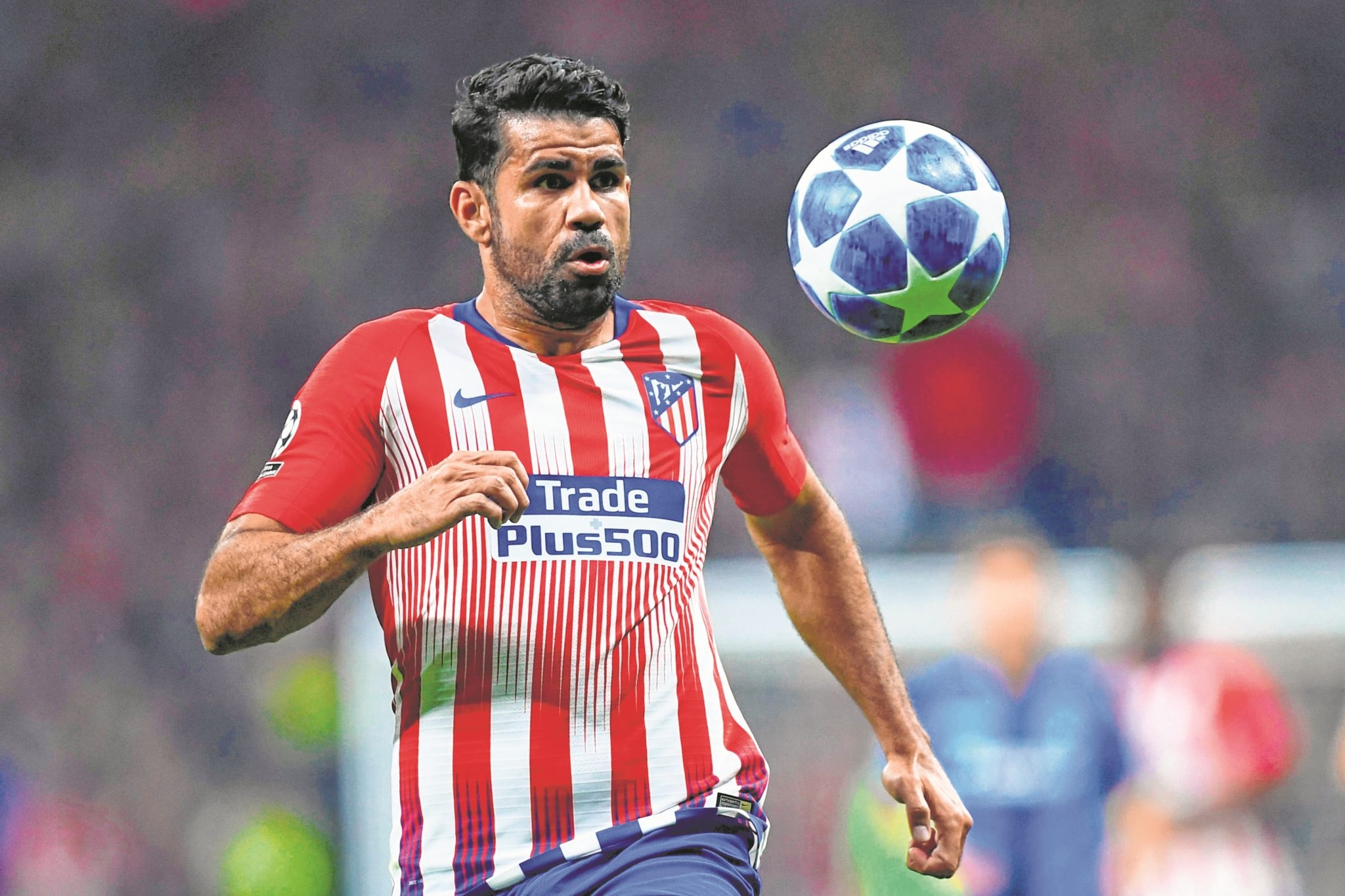 (FILES) In this file photo taken on October 03, 2018 Atletico Madrid's Spanish forward Diego Costa eyes the ball during the UEFA Champions League group A football match between Club Atletico de Madrid and Club Brugge at the Wanda Metropolitano stadium in Madrid on October 3, 2018. - Atletico Madrid striker Diego Costa has been sidelined on November 13, 2018 with a foot injury that could leave him in a race for full fitness ahead of a crucial league clash with Barcelona. (Photo by GABRIEL BOUYS / AFP) |

Madrid: Atletico Madrid striker Diego Costa faced a ‘high grade sprain’ to his left ankle during his club’s 2-1 friendly defeat to Beitar Jerusalem on Tuesday. However, the 30-year old got a sense of relief after a test confirmed that there is no bone damage. “Diego Costa suffered a high grade sprain to the left ankle during Tuesday’s game against Beitar Jerusalem,” clubs official website said in a statement.

“The striker underwent radiological tests at a Jerusalem hospital that ruled out bone damage. Once the team returns to Madrid, further tests are to be carried out to assess the ligament damage,” it added. The match was Costa’s first since April 6. However, his comeback lasted just 28 minutes after which he left the field because of ankle sprain. So far, Costa has struggled a lot in this season, in addition to which he got an eight-match ban for insulting a referee, after which he was forced to miss out final seven La Liga games. Atletico Madrid will now face Guadalajara in the International Champions Cup on July 24.