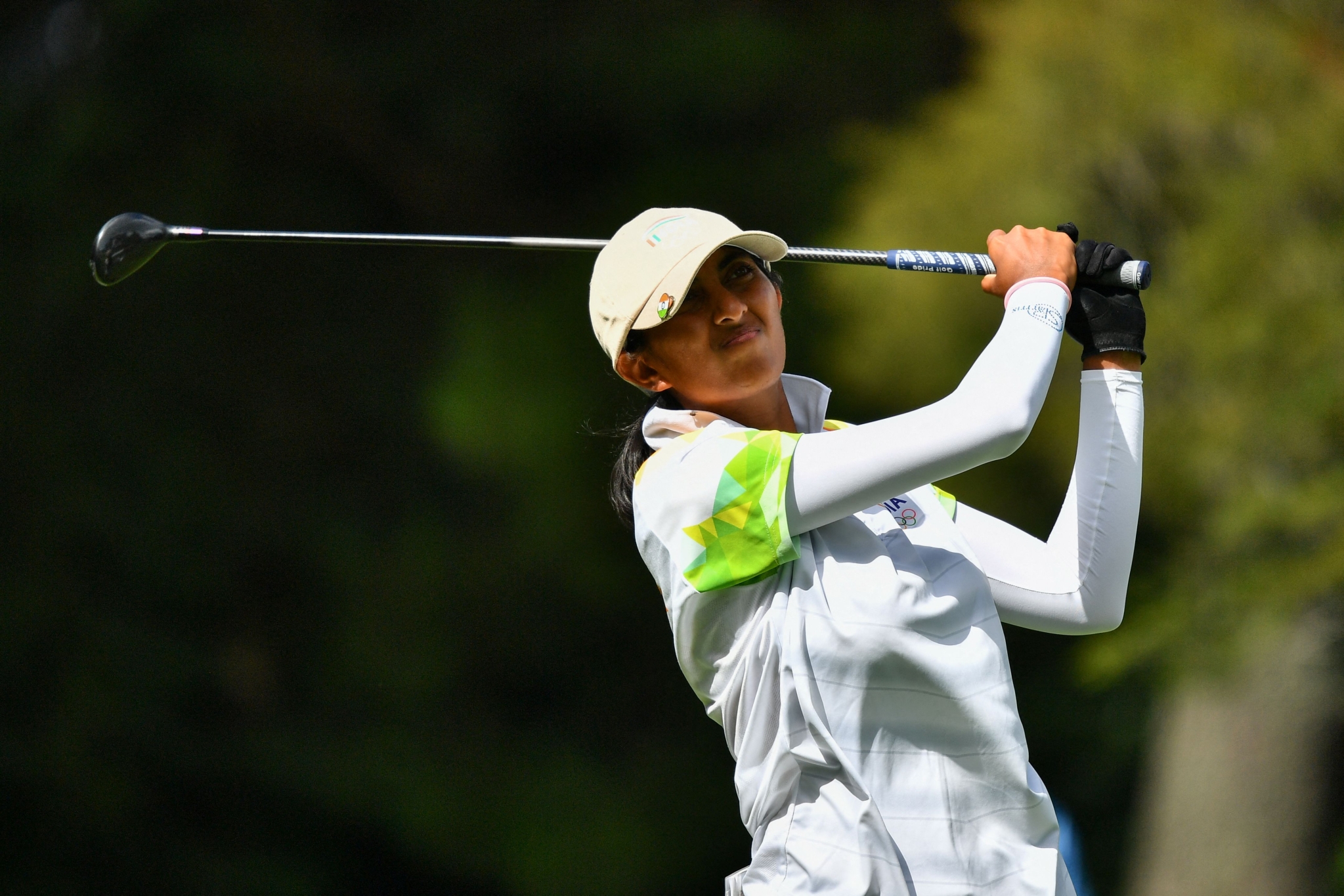 India's Aditi Ashok watches her drive from the 4th tee in Round 4 of the women's golf individual stroke play during the Tokyo 2020 Olympic Games at the Kasumigaseki Country Club in Kawagoe on August 7, 2021. | Photo by Kazuhiro NOGI / AFP

Neeraj Chopra is India’s biggest gold medal hope at the Tokyo Olympics as he prepares to take the field in the men’s javelin throw final today (Saturday).

The 23-year-old kept India’s hopes of an elusive Olympic medal from track and field events alive through direct qualification into the finals with a stunning throw of 86.65m. The throw had put him on the top of the Group A contest on Wednesday. Neeraj Chopra in the final of men's javelin throw: 4:30pm IST

Golfer Diksha Dagar has kick-started Day 15 for India in the ongoing Tokyo Olympics but all eyes will be on Aditi Ashok as she aims for a medal.

Golfer Aditi is currently ranked second after another stellar performance in Round 3 in the women's individual stroke play.

The 23-year-old rolled in five birdies to be placed second on twelve-under 201 ahead of a New Zealander, an Australian, a Japanese, and a Danish golfer (203) -- who all are tied on third place. The Indian finished round three with 68 (-3) for Day 3 here at the Kasumigaseki Country Club.
Aditi Ashok and Diksha Dagar in women's individual stroke play round 4: 3:00am IST.

Wrestler Bajrang Punia beginning his Tokyo 2020 campaign, won both games comprehensively. The Indian wrestler first defeated Ernazar Akmataliev of Kyrgyzstan in the 1/8 Final and then beat Iran's Morteza Ghiasi Cheka by pinning him down to the mat (victory by fall) in the 1/4 Final.

However, Bajrang had to face a crushing defeat in the semifinals of the Tokyo Olympics at the hands of Haji Aliyev of Azerbaijan in the men's freestyle 65kg event. Bajrang Punia in men's 65kg freestyle bronze medal match; either second or third bout after 3:15pm IST start.