The shotgun world cup, recognised by the International Shooting Sport Federation (ISSF), is scheduled to be held in Nicosia from March 4 to 13.
PTI 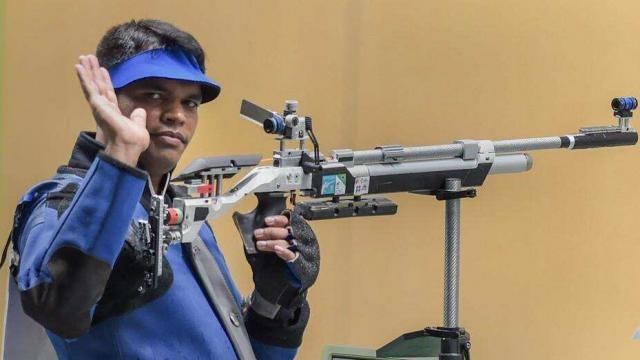 India on Friday pulled out of next month's shooting World Cup in Cyprus, citing the novel coronavirus threat there as the epidemic continued to wreak havoc on sporting calendars across the world.

The shotgun world cup, recognised by the International Shooting Sport Federation (ISSF), is scheduled to be held in Nicosia from March 4 to 13.

"Acting upon the travel advisory by the Ministry of Health dated the 26th of this month, wherein certain nations have been listed for a complete travel ban, the Indian team has been withdrawn from the Cyprus World Cup beginning Mar 4, because we have found that at least one of those nations will be represented there," the National Rifle Association of India said in a statement.

According to the federation, participating in the tournament "would have meant that our team would have come in contact with that team and bearing in mind the advisory and its content, it would further mean that there would be a very high likelihood of our athletes being quarantined upon return to India".

The NRAI also pointed that the tournament in Cyprus and the next ISSF World Cup, scheduled to be held in New Delhi from March 16, are too close to each other.

"...Given the next World Cup commences on the 16th and our team was scheduled to travel back to Delhi on 12th, should any of them had been quarantined, they would not have been able to represent the country in New Delhi.

"Keeping the health and welfare of our athletes as a primary concern and in compliance with the ministry of Health travel advisory and finally given the facts as stated above, the NRAI decided to regrettably withdraw its team."

The deadly virus, which originated in Wuhan, China, has so far killed close to 3000 people and infected nearly 80,000 globally.

Earlier in the day, a federation source had said the team withdrew from the tournament on the advice of the government.

"The coronavirus threat is the only reason we are pulling out and it has been done on the advice of central agencies," he had said.

"Given the situation it was the right decision as we can't put our shooters, support staff and accompanying officials at risk of contracting the virus." Cyprus does not have any confirmed cases of coronavirus yet but suspected patients are being quarantined as a precautionary measure. Major sporting events across the world are being either postponed or cancelled due to the ongoing threat of the coronavirus.

Among the events affected are several football matches, including in Japan and Italy, boxing's Olympic qualifiers, badminton tournaments, and archery events, to name a few.