Indian high jumper Tejaswin Shankar was on Friday cleared to compete at the upcoming Commonwealth Games after the organisers accepted his entry on the request of Indian Olympic Association (IOA), ending a month-long drama surrounding his participation.

The organisers had initially rejected Shankar's late entry but the IOA has now got confirmation from the Commonwealth Games Federation (CGF) and Birmingham CWG organisers about acceptance of his entry after a Delegate Registration Meeting (DRM).

"Mr Tejaswin Shankar's entry has been approved by the CGF and accordingly accepted by the Sports Entry Department of Commonwealth Games Birmingham 2022 during the DRM," a communication from the IOA to AFI, said.

Quarter-miler MV Jilna, who was named in the initial 37-member Indian athletics team as 4x100m relay runner by the AFI but later withdrawn to stick to 36 athletes as allotted by the IOA, was also re-included in the squad.

The AFI officials had earlier told PTI that Jilna would be brought back in place of Sekar Dhanalakshmi, who was caught for doping a few days back. Dhanalakshmi was earlier named to compete in 100m and 4x100m relay.

Since Shankar's and Jilna's accreditation have already been done, there was no problem in their names being accepted. The final registration of the athletes is done at the DRM and it is practically impossible to make any changes after that.

But, it was a U-turn on the part of the organisers as they had on July 7 informed the IOA that "late athlete replacements (LAR) will only be permitted to compete in events in which the original athlete was entered".

"The CGF in consultation with the relevant International Federation and CGF Medical Commission may approve a permanent replacement of an athlete by another eligible athlete only in the same sport and discipline and event(s) where there are extenuating/extraordinary circumstances (e.g., medical circumstances, Anti-Doping rule violations and appeals) that may prevent the participation of an athlete in Birmingham 2022," the CWG organisers had said on a request by the IOA to include Shankar's name.

"Unfortunately, as this falls under a disqualification rather than a Medical Circumstance, this request will not be able to be approved.

"LAR isn't a tool for replacement based on team selection".

The 23-year-old Shankar had petitioned the Delhi High Court after he was not selected for the CWG despite achieving the qualifying standard set by the AFI.

The national federation later told the Delhi HC that Shankar has been included in the Indian athletics team in place of 4x400m relay team member Arokia Rajiv, who was named in the original squad.

Shankar had filed a petition at the Delhi High Court challenging the decision of the AFI to exclude him from the team, contending that he reached the qualification guidelines of the AFI by jumping 2.27m at the NCAA Championships in USA, where he is studying. 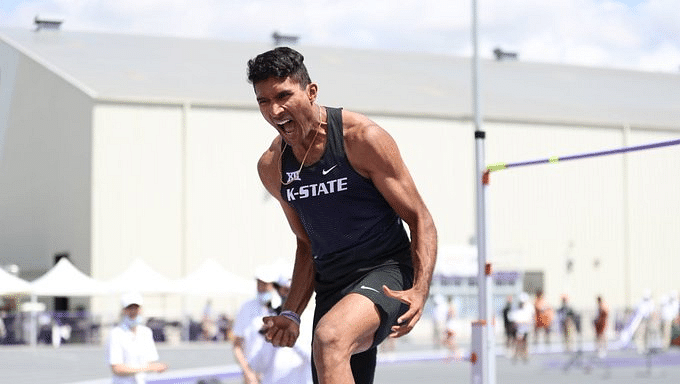