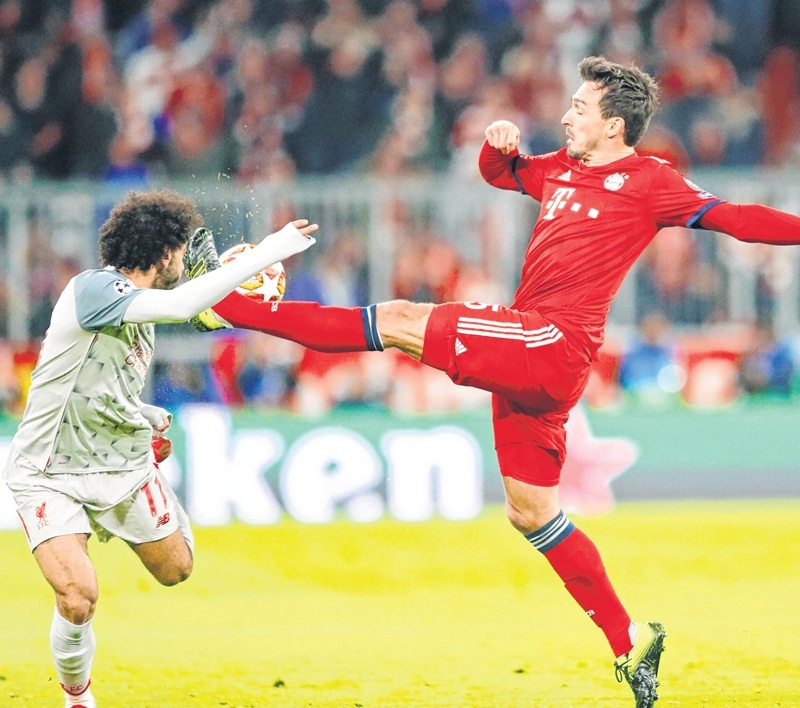 Munich: Sadio Mane scored twice to steer Liverpool into the Champions League quarter-finals after a superb 3-1 win at Bayern Munich dumped out the German giants.

Having missed the goalless first leg at Anfield three weeks ago through suspension, Virgil van Dijk’s long pass led to Mane’s excellent first-half goal at the Allianz Arena on Wednesday. Dutch centre-back Van Dijk then headed last season’s runners-up Liverpool into a 2-1 lead from a Milner corner on 69 minutes after Joel Matip’s own goal had handed Bayern a first-half equaliser.

Milner was preferred to Fabinho in Liverpool’s midfield, but Jurgen Klopp was forced into an early change when captain Jordan Henderson hobbled off on 12 minutes. Brazilian Fabinho made an early entrance and Milner took the skipper’s armband. Klopp had urged his side to “be brave on the ball” and it was that, combined with an amazing piece of skill by Mane, which gave them the lead.

Van Dijk’s pin-point pass over 40 metres found Mane in the Bayern box with goalkeeper Manuel Neuer off his line. Mane spun away and looped his shot inside the far post to give the visitors a valuable away goal in the 26th minute. The bravery Klopp wanted flowed through the Liverpool ranks and Milner, winning the midfield battle, set Firmino free in the box, but the Brazilian blasted his shot at Neuer.