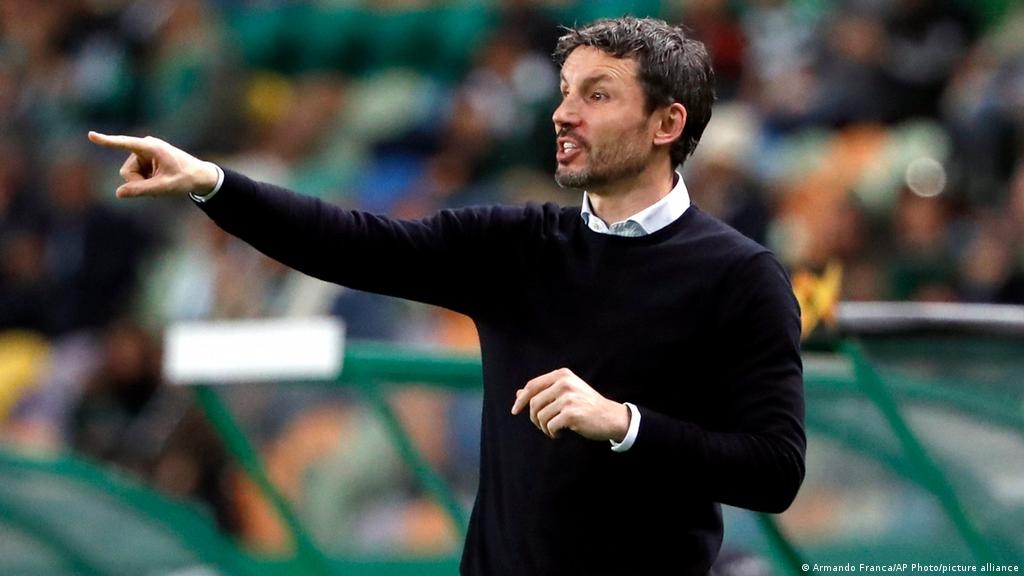 Wolfsburg fired coach Mark van Bommel after just 13 games in charge to make him the first Bundesliga coach to lose his job this season.

The former Netherlands midfielder won his first four league games in charge as Wolfsburg briefly led the league but leaves with the team on an eight-game winless run following a 2-0 loss to Freiburg on Saturday.

Wolfsburg chief executive Jörg Schmadtke said the management wasn't convinced van Bommel was the right coach "to get out of this difficult sporting situation and to bring about a turnaround as soon as possible." Van Bommel said the firing came as a shock.

"I am surprised and disappointed by the decision because I am convinced that we would have managed together to get back on the path to success," he said in comments released by the club.

"I wish the team soon manages to get things turned around." Wolfsburg is ninth in the Bundesliga and was eliminated in the first round of the German Cup in August. The club sits last in Champions League Group G after a 3-1 loss to Salzburg on Wednesday.

Van Bommel arrived in the off-season after Oliver Glasner left Wolfsburg to move to Eintracht Frankfurt. It was his second head coaching job following a 17-month stint with PSV Eindhoven in the Netherlands in 2018 and 2019.