Bengaluru: Brilliant tons by Sunil Ramesh and captain Ajay Kumar Reddy guided India to beat Bangladesh by 120 runs and win their third consecutive title in the 3rd T20 World Cup for the Blind played here at the M Chinnaswamy Stadium. India remained unbeaten to the course of the winning the title.

Governor of Karnataka Thawar Chand Gehlot presented the winners and runners up trophies.

Bangladesh could not have asked for a better start to the finals as Salman removed Venkareswara in the 4th over after the score read just 28. India faced a double blow in the same over as Salman castled Lalit Meena's stumps to put India at 29/2.

Unfortunately that was the only joy Bangladesh could find in the innings as it was Sunil Ramesh and captain Ajay Kumar Reddy's show from there on.

Both Indian batsmen challenged the Bangla bowling attack with conviction and played their shots all over the ground. The bowlers did not have any answer to the onslaught by the inform Indian batters. Ajay Kumar Reddy got a reprieve while batting at 40 when he was dropped in the deep. The batters did not give any chances to the bowling side as they continued to mint runs. Sunil Ramesh reached his hundred which is his third of the tournament with a boundary.

Ajay reached his milestone in the final over of the innings. The batters put on a 248 run unbeaten partnership for the third wicket to take the final score to a mammoth 277 in the 20 overs. Sunil scored 136 of 63 balls with the help of 24 boundaries and one six. Ajay scored 100 of 50 balls that consisted of 18 boundaries. 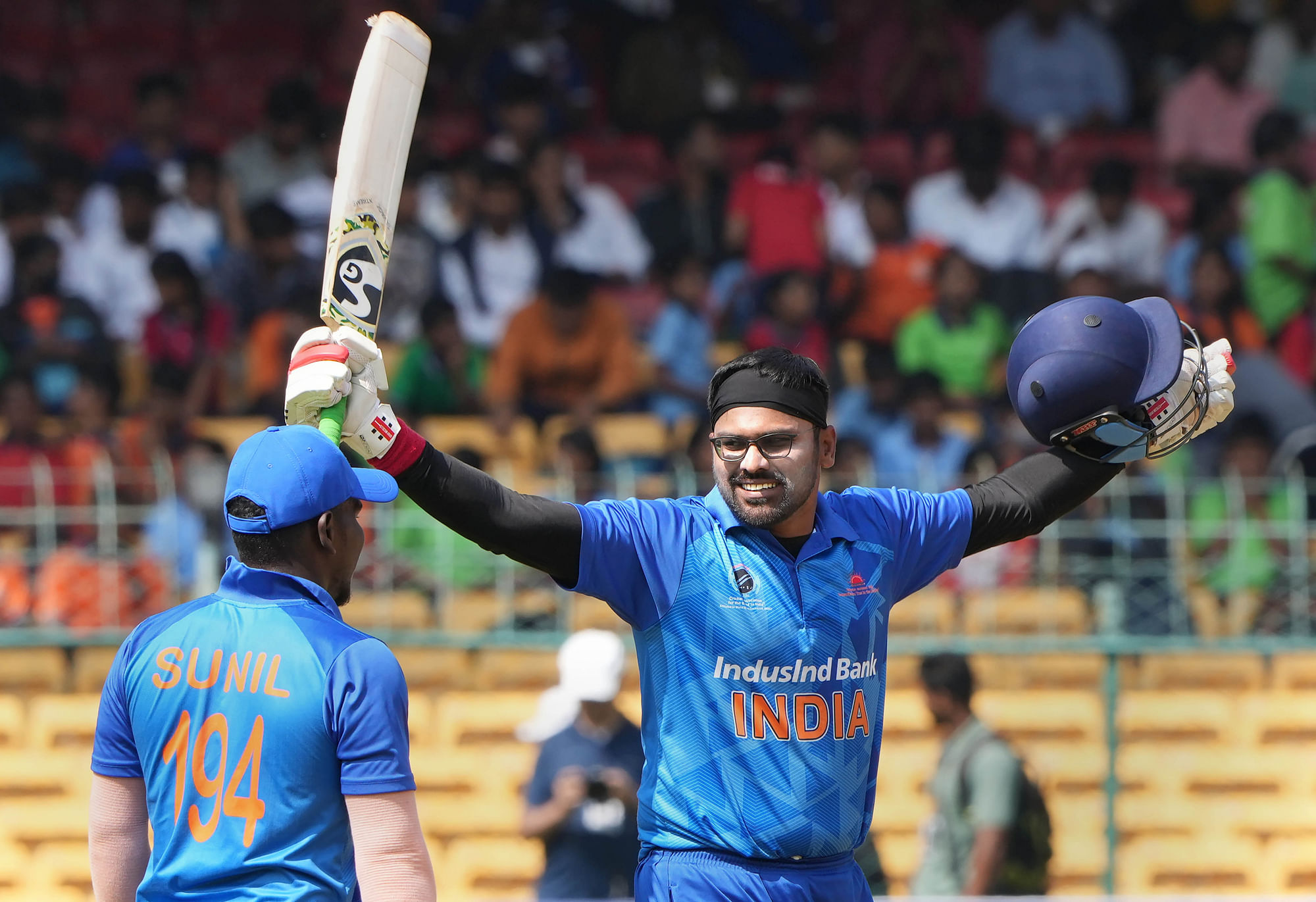 The Indian bowlers bowled some tight overs which increased the run rate and added pressure to the Bangladesh batters especially after the power play overs which yielded very less output for Bangladesh.

They lost their first wicket in the 9th over after Lalit Meena dismissed the Bangladesh captain for 21 after an opening wicket partnership of 56 runs. Salman on the other side was trying his best to accelerate the scoring but the Indian side were disciplined and restricted the batters.

Salman put on a 42 run partnership with Abid for the second wicket and 48 runs for the third wicket with Arif Ullah on the way to scoring his half century. Abid scored 18 and Arif Ullah scored 22. Salman remained unbeaten on 77 from 65 balls. He also finished the tournament as the top run getter with 425 runs from 7 innings. Bangladesh could only manage 157-3 at the end of 20 overs but will return after showing some fighting spirit. 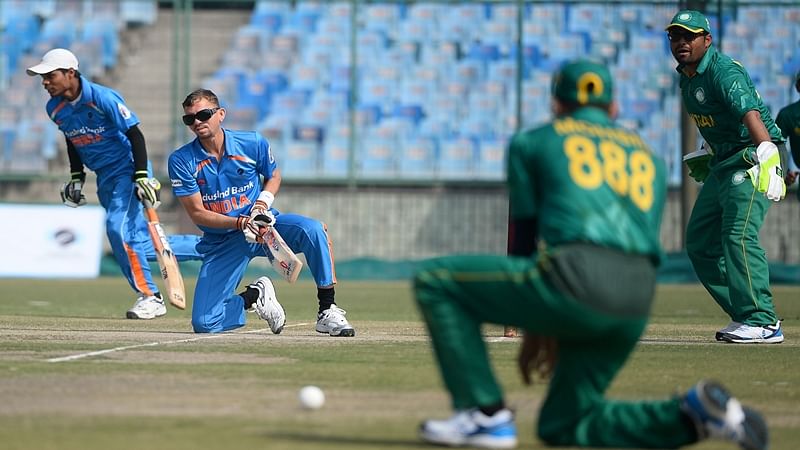