Bangladesh achieved victory off the last delivery of the match, boosting their chances of reaching the last-four stage of the tournament on Sunday

Brisbane: Bangladesh's thrilling three-run victory against Zimbabwe in the T20 World Cup Super-12 match here had its share of thrills and spills with the most riveting moment being Shakib Al Hasan's boys having to replay the final delivery after their wicketkeeper Nurul Hasan had whipped off the bails in excitement prior to the ball having passed the stumps.

Bangladesh achieved victory off the last delivery of the match, boosting their chances of reaching the last-four stage of the tournament on Sunday. Bangladesh registered 150-7 in their allotted 20 overs before their bowler restricted the opponents to 147-8 to complete the three-run win.

However, the last delivery of the match caused a lot of confusion and anxiety with Blessing Muzarabani on strike and requiring four runs from the bowling of off-spinner Mosaddek Hossain. Everyone in the team thought Hossain had taken back-to-back wickets from consecutive deliveries at the death, but Nurul Hasan had incidentally taken the ball in front of the stumps and the players were recalled to the field to replay the final delivery.

Hossain repeated the delivery and Muzarabani took a big swipe without the ball connecting with the bat to gift Bangladesh a win.

A look at the MCC Laws of Cricket reveals the umpires made the right call during the dying stages and called the players back to replay the last delivery. To the naked eye it looked like Nurul Hasan had completed a clear stumping of Muzarabani from the final ball of Hossain's over to seal victory for Bangladesh.

But with TV umpire Chris Gaffaney called on to check the stumping, the Kiwi official found Hasan had in fact taken the ball prior to it passing the stumps and whipped off the bails in excitement.

What the rules say

The MCC's Rule 39.1.1 states, "The striker is out Stumped, except as in 39.3, if a ball which is delivered is not called No ball and he/she is out of his/her ground, other than as in 39.3.1 and he/she has not attempted a run when his/her wicket is fairly put down by the wicket-keeper without the intervention of another fielder. Note, however Laws 25.6.2 and 25.6.5 (Dismissal and conduct of a batter and his/her runner) and 27.3 (Position of wicket-keeper)."

The key part of that law is the final sentence, which relates to the position of the wicketkeeper and leads one to the next rule that consider what the keeper can and cannot do, according to ICC.

In this case, Hasan was found by Gaffaney to have taken the ball prior to it passing the wicket and that led to a no-ball being correctly called by officiating umpire Marais Erasmus as per Rule 27.3.2.

Rule 27.3.2 states, "In the event of the wicket-keeper contravening this Law, the striker's end umpire shall call and signal No ball as soon as applicable after the delivery of the ball."

Following the no-ball call from Erasmus, players returned to the field with an extra run added to Zimbabwe's score and four runs required for victory and the batting side given a free hit. Fortunately for Bangladesh, Musaddek bowled an excellent delivery that Muzarabani was unable to get a hold of as the Asian side got a second chance to celebrate the thrilling win. 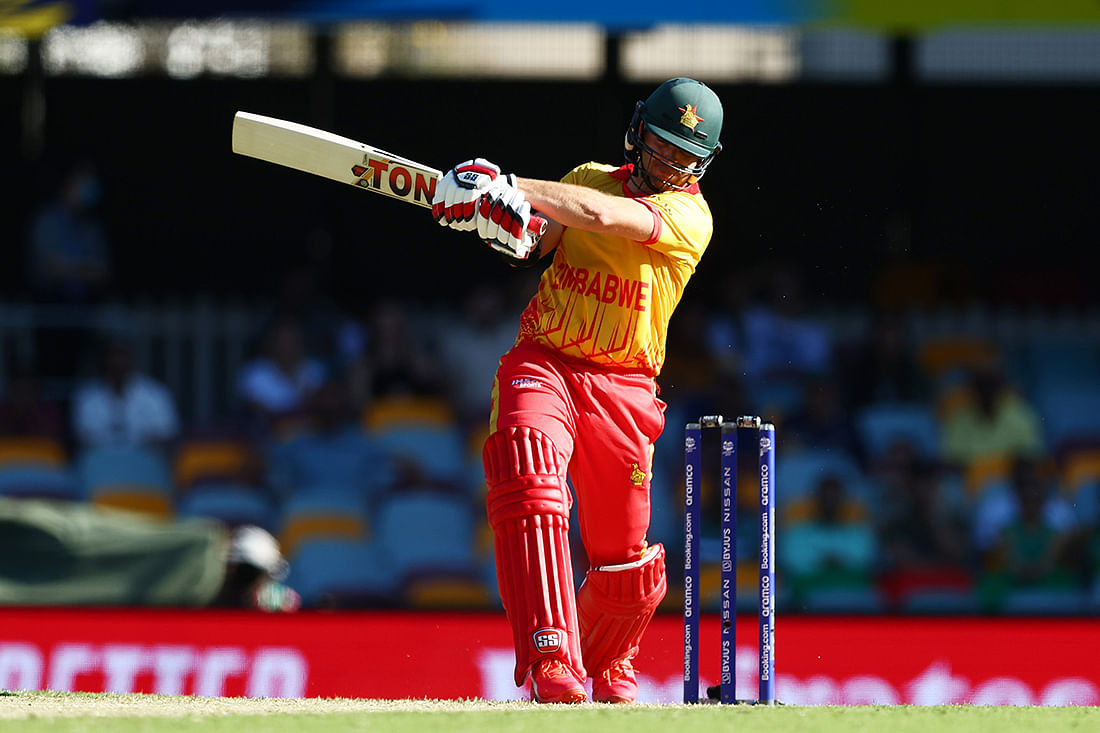