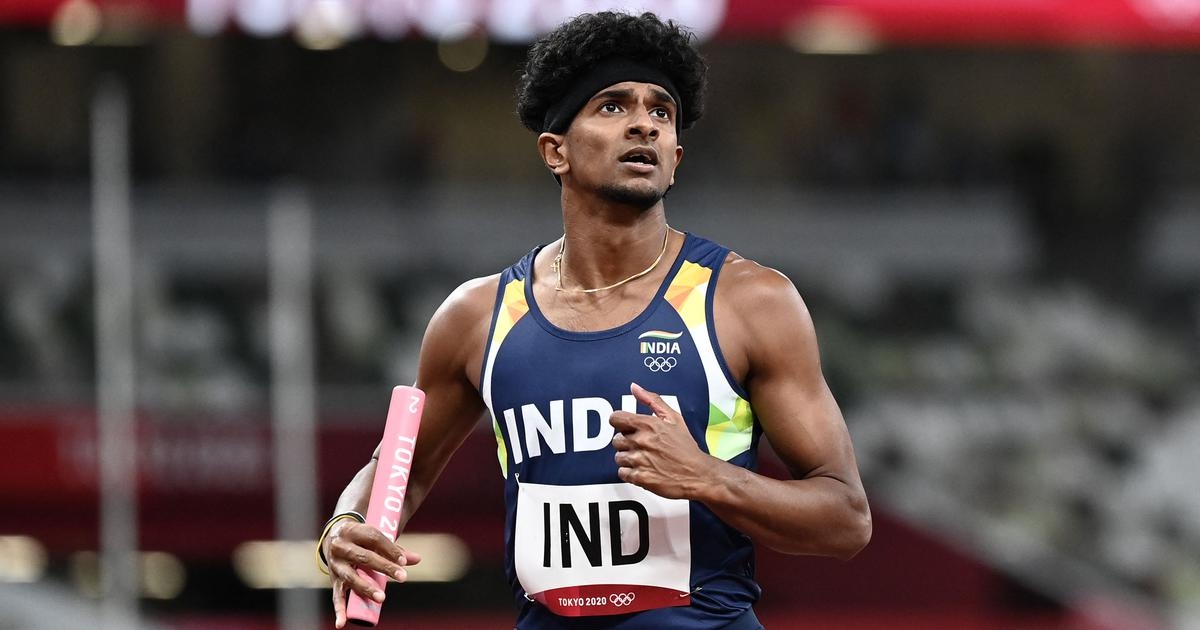 The Indian men's 4x400m relay team created a new Asian record but that was not enough for the quartet to qualify for the final at the Tokyo Olympics on Friday.

The team comprising Muhammed Anas, Noah Nirmal Tom, Arokia Rajiv and Amoj Jacob finished fourth in the second heat at the Tokyo Olympic Stadium with a timing of 3:00.25.

Anas clocked a timing of 45.67 in the first leg and moved ahead of South Africa and Colombia. Noah ran 45.06 in the second leg while Rajiv clocked 44.84 in the third leg.

Jacob made an incredible effort in the last leg to move from sixth to finish fourth, but fell short of making the final.

The Indian team bettered Qatar's gold medal timing of 3:00.56 set in the 2018 Asian Games at Jakarta.

The men's relay team was ranked 13th out of the 16 teams to make the cut for the Olympics.

They had achieved a season best timing of 3:01.89 at the Inter-State Athletics meet in Patiala held in the last week of June to improve their ranking.