Dubai: Indian boxer Amit Panghal went down fighting against the reigning Olympics champion Zoirov Shakhobidin in a hard-fought men's 52kg final at the 2021 ASBC Asian Boxing Championships in Dubai on Monday. The defending champion Panghal put up a great fight against the world champion but it was not enough for the Indian to go past Uzbek boxer as he suffered a narrow 3-2 defeat with 29-28, 28-29, 28-29, 28-29, 30-27 scoreline.

Another Indian pugilist Shiva Thapa (64kg) too suffered a close defeat by split 2-3 against the Asian Games silver medallist Mongolia's Baatarsukh Chinzorig. The world championships bronze medallist is the only second male boxer in the world to win five medals at the Asian Championships. The 27-year-old Assam boxer has previously won gold in 2013, silver in 2017, and two bronze in 2015 and 2019.

The 19-member Indian contingent has secured an unprecedented 15 medals and ensured the country's best-ever show surpassing the previous best of 13 medals (2 gold, 4 silver, and 7 bronze) achieved during the 2019 edition in Bangkok. Earlier, during a high-voltage 52kg summit clash between the top two seeds, both the boxers showed great skills and attacked from the word go. The second round saw defending champion Panghal taking time as he was more accurate, hit timely punches with more power, and was sharp in defense as well. However, Shakhobidin fought back well in time and managed to tilt the game in his favour. 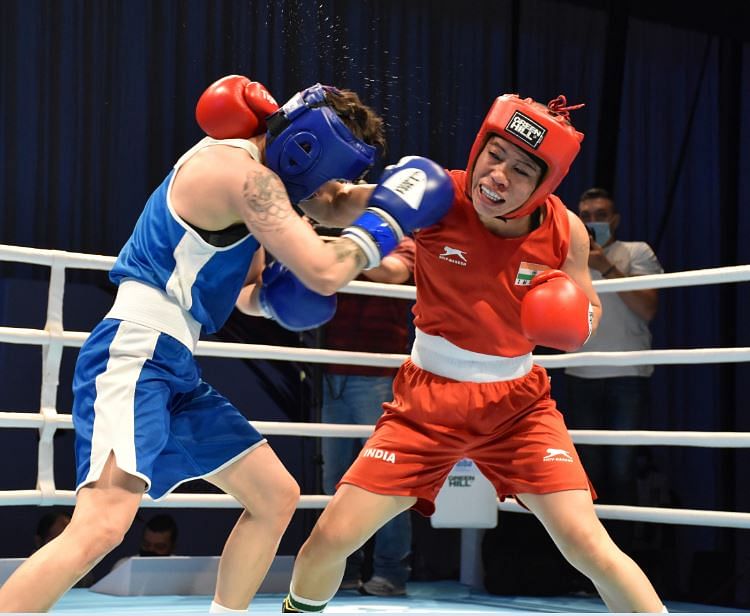 The International Boxing Association (AIBA) has allocated USD 4,00,000 prize money for this Championships. The gold medallists of men's and women's categories are awarded USD 10,000 while both the silver and bronze medal winners take home USD 5,000 and 2,500 respectively.

Read Also
High-five for Shiva Thapa; It felt like I beat the virus, says the athlete while talking about...