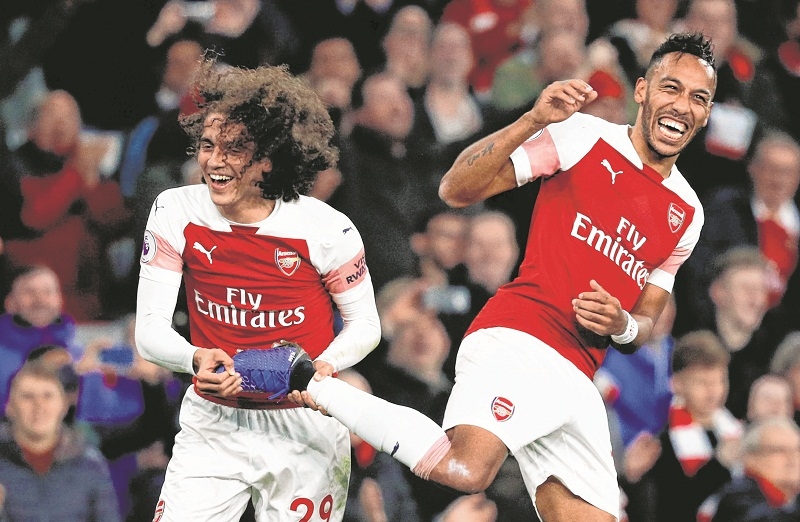 London: Arsenal, with goals from Pierre-Emerick Aubameyang and Alexandre Lacazette, beat Cardiff City 2-1 in the first game of the Welsh team since the disappearance of Argentine striker Emiliano Sala. Sala, who disappeared last week while flying from Nantes to Cardiff over the English Channel, was honoured at the start of the match on Tuesday with a floral offering and by Arsenal by adding him to their match programme in memory, reports Efe news.

In sporting terms, Cardiff deserved more in the first half but suffered from a lack of goals and paid for it in the second half when Aubameyang’s penalty scored his 15th goal in this Premier League season and Lacazette added another in the 83rd minute.The Welsh got one back in the 93rd minute through Nathaniel Mendez-Laing, but it was too late and they could not get anything positive out of the Emirates Stadium.

Neil Warnock’s side remains in relegation with 19 points while Arsenal recovers from their FA Cup elimination against Manchester United with a balsamic win in front of their fans, which leaves them in fifth place of the Premier League standings with 47 points.